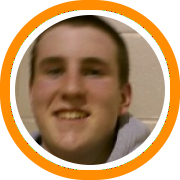 Sometimes it isn’t just about going to the highest level.  Jake O’Brien proved that Tuesday night when he called Boston University Head Coach Dennis Wolff to offer him a verbal commitment.  By doing so the talented 6’8” forward spurned programs in the Atlantic 10 and CAA in order to stay close to home and have a chance to go to the NCAA tournament.

“BU has been recruiting me for a long time now, and I’m real comfortable with their coaching staff,” O’Brien told the New England Recruiting Report.  “I just think it’s a great fit for me.  Obviously it is close to home and I think I can have a great career there to be honest.”

Although coaches from Big East programs including Providence College and Marquette could often be seen in the Boston College High School gymnasium last season, ultimately O’Brien’s decision came down to BU, William and Mary, James Madison, Richmond, and Drexel.  And while the America East may not be considered as strong of a conference as the CAA or Atlantic 10, all three are traditionally one bid leagues.  In other words, if O’Brien wanted to play in the NCAA Tournament he needed to go to a school that has a chance to win their conference tournament.

“BU is the favorite [in the America East] this year with four sophomores,” O’Brien said.  “So we’ll obviously have a good chance to get back to the tournament for the next few years”.

Winning tournaments is nothing new for O’Brien who helped lead Boston College High School to the MIAA Division I State Title last year.  BC HS is also one of the pre-season favorites to repeat their championship run this year with O’Brien, 6’5” shooting guard Tim McKinney, and 6’5” power forward Ryan Sharry all on board.

“We lost our point guard and center, but I think we have a chance to be even better then last year’s team,” O’Brien said.

Whether it is this season at Boston College High School or during the following four years at Boston University, it appears that Jake O’Brien will be competing for championships for years to come.