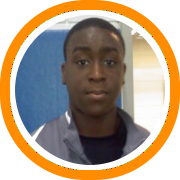 With top AAU programs from all over the Northeast region participating in Hoopville’s Spring Finale this past weekend at the Reggie Lewis Center in Boston, several of New England’s stars gave us a hint of what we can expect from them during the upcoming July recruiting period. Representing New England well, Shooting Stars took the title in the 15’s while Expressions made the final of the 16’s tournament.

Abdul-Malik Abu, Expressions – Abu is an absolute man in the paint. He finished at a high percentage down low on Sunday, embracing contact and making baby hooks over either shoulder. He still needs to develop that go-to post move, but between the hard work he puts in, his tremendous strength, and explosive athleticism, he has the makings of a star post player.

Jared Terrell, Expressions – While there are certainly other players in the 2014 class with Terrell’s scoring ability, what makes him stand out is how he scores. Terrell is an exceptional athlete with great strength; when he scores, he overpowers defenders. Opposing guards struggled to defend him all weekend because of his strength and quick first step.

Matt Mobley, BV Chaos – A guard with ideal size, long arms, and impressive bounce, Mobley’s name is going to become a familiar one in New England basketball as he moves on to Worcester Academy this coming year as a postgraduate. He’s known as an above-the-rim finisher, but at Hoopville he also showed off his touch from well outside the three-point line.

Damion Smith, Expressions – Smith makes great decisions with the ball and truly understands running lanes on the fast break. Yes, he has the high basketball IQ and plays the running lanes, but Smith is an exceptional athlete and an intimidating playmaker off the dribble.

Kealen Ives, RI Hawks –  Ives is an unselfish, distributing point guard who is always looking to use head fakes and dribble drives to set up the scorers that surround him. Even undermanned and with several guys in foul trouble, the Hawks nearly beat Expressions in the 16’s semifinal.

Colin Richey, BV Chaos – Richey’s athleticism has improved a great deal this spring and gives him a lot to look forward to in the coming months going leading up to his transfer to Choate Rosemary Hall. He and Mobley combined for a lethal backcourt all spring, including this past weekend, where they constantly set each other up for good shots.

Tanner Hyland, Maine MAC – He’s a playmaking point guard who did a great job of setting up Maine’s strong forwards. Hyland displayed a quick trigger on his jumper this weekend, and finished most everything inside, drawing a lot of attention from opposing defenses.

Jason Boswell, The Rens - Trinity Catholic rising senior forward made a surprise appearance with the Rens this week and ended up playing a pivotal role in their run to the seventeen-and-under championship.  Boswell led the way with a game high 20 points in the finals, leading the Rens to the title.

Henry Bolton, RI Hawks – Bolton is such a creative player with the ball in his hands. He needs to improve his finishing, but he has a knack for getting to the rim or making mid-range to outside jumpers. Playing against an Expressions squad who sported the 6’7 Abu and 6’8 Alec Brennan, Bolton also did what he could to give the Hawks a presence on the glass.

AJ Brodeur, Shooting Stars – Brodeur’s potential hasn’t been a secret for quite some time now, but after watching him lately it’s pretty clear he’s been working out hard. He has an added strength on the glass that makes him a much more intimidating post presence. He already has smooth post moves, runs the floor well, and has a high basketball IQ, and now adding that strength and athleticism is going to make him into a serious college prospect.