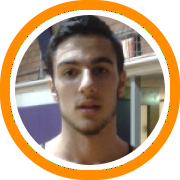 The third and final day of the Hoop Mountain Prep Classic brought the biggest crowds of the weekend in terms of college coaches and fans alike. Here’s a rundown of what they witnessed:

Lee Academy had an extremely impressive weekend as a whole, winning two hard fought games. Senior wing, Dusan Majstorovic, led a well balanced scoring attack from Lee with 12 points. Walter King was impressive on the defensive end and made gritty, clutch plays down the stretch of the game. 6’6” senior wing, Narcisse Kalamba from Thetford Academy, showed off his offensive versatility en route to scoring 13 points.

One of the best games of the weekend, Marianapolis gave Cushing everything they could handle and then some. Marianapolis refused to give up throughout and forced overtime with some late game heroics, but Cushing was able to escape due to big time performances from Makai Ashton-Langford, Kimani Lawrence, and Francisco Alonso. Ashton-Langford continued to show his all around game with 17 points, 6 assists, 5 steals, and 5 rebounds. Lawrence was great on the interior and attacking the offensive glass. He finished with 21 points. Alonso continued to show his stroke from deep and tallied 16 for the Penguins. 6’0” senior guard from Marianapolis, Ryan Bernstein, put on one of the toughest performances we have seen this winter. Bernstein refused to back down all game and continuously made big plays to keep his team in it. He finished with 21 points in a gutsy effort. Adrian LeFleur hit big shot after big shot for Marianapolis and finished with 26 points.

Neck and neck at halftime, MacDuffie came out of the gates inspired in the second half. Their focus on defensive end was the difference maker as they gained a lead and never looked back. Omari Spellman showed why he is so highly touted with his combination of size, athleticism, and great hands. Spellman was named player of the game with 15 points and 14 rebounds. Unique McLean was great in the second half knocking down the three ball and getting in passing lanes. 6’4” freshman guard, A.J. Reeves from Brimmer battled hard all game and will be a player to keep in eye on in the future.

The St. Louis commit, Elliott Welmer, showed off his inside-outside game and finished with 16 to lead Bridgton to a win. Floor general, Trey Foster, did a great job controlling the tempo and getting his teammates involved. Foster finished with 10 points and handful of assists. 6’5” forward, James Kirksey from Mont Clare, played a complete game and scored 15 for the tough group from Philly.

In what was the game of the day, we saw these two teams go back and forth. The youngsters from Commonwealth Academy played with a “never say die” attitude and kept fighting the talented Vermont roster until the final whistle. 6’4” junior guard, Bruce Brown, was simply too much for Commonwealth on both ends of the floor. When he got out in the open floor, he was simply unstoppable. Brown finished with 24 points, 7 rebounds, 4 assists, and a handful of elite defensive plays. Corey Johnson and Nick Brooks both hit four threes to help propel Vermont to a well deserved win. Shyheim Hicks did a great job leading the sophomore based group from Commonwealth as he scored 15 points and handed out 7 assists. Jordan Hardwick, who is an extremely athletic big man, played above the rim and attacked the rim every time he caught the ball. Hardwick finished with 12 and a few rim rattling dunks.

Coach Hart’s group came out determined, got an early lead, and never looked back. J.R. Lynch was too much for the Salisbury guards as he got into the lane whenever he pleased to find teammates or score. Lynch finished with 10 points and 8 assists. Aaron Wheeler continued to show his high ceiling with his unmatched natural abilities. Wheeler finished with 11 points and a couple highlight plays. 6’6” wing, Tyrell Arnum was impressive for Salisbury with his all around offensive game, notching 12 points.