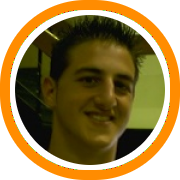 The match-up of the day took place when UConn bound swingman Jamal Coombs faced off against fellow rising junior Kyle Casey from Brimmer & May.  With a large group of college coaches looking on the two went back and forth for most of the afternoon game.  Coombs was content to play the role of a distributor as he dished the ball for the most part with the exception of pulling up off the dribble from behind the three-point line on a number of possessions.  But Casey stole the show as he displayed the same athleticism and skill set that he has become known for in addition to a much improved cross-over dribble.  Casey played so well that he was said to have picked up his second scholarship offer, this time from Fordham University of the Atlantic 10.

Here is a list of some of the other players who stood out in today’s action:

Phil Pressey:  The rising sophomore point guard was extremely impressive, especially in the afternoon’s game.  He showed his famous court vision and passing ability with some tremendous looks, including a beautiful behind the back pass in transition, while also showing the ability to create his own shot and put points on the board himself.  If he can continue to grow he may have been the top overall prospect in the gym.

Ron Giplaye:  His morning game may have been the top single overall performance of the day.  He showed an improved handle, got to the rim with ease, and finished with both power and agility around the bucket.  Physically he is just head and shoulders ahead of the competition.

Tucker Halpern:  Before going down with a thumb injury that sidelined him for the rest of the day the 6’7 Nobles star solidified his position as one of the region’s big time players.

Greg Jacques:  Continues to look like a future division I player.  But today he did it with division I coaches in attendance.  He is sure to have earned himself some increased attention with his solid play on the day.

Ryan Olander:  He followed up a terrific morning game with a solid performance in the afternoon.  College coaches continue to be impressed by his skill level and size.  He is also a mismatch problem who can both score with his back to the basket or knock down the open three-point shot.

Kevin Barr:  A leaner physique and better conditioning make the Cushing Academy rising junior much more effective.  We have never seen him play better then he did today, as he was a beast around the basket all day long.

Madison Maxwell:  The future Tilton guard, and son of Celtic great Cedric Maxwell, caught the attention of college coaches with his play today.  Simply put he just made plays.  Tilton should be scary good next year with Maxwell, Coombs, Jamal Turner, and Alex Oriakhi all joining the mix.

RJ Evans:  He continued to shoot the ball well from the perimeter while also showing a nice mid-range game.  He is a virtual lock for the camp’s all star team.

Chris Baskerville:  The athletic forward was an animal on the glass all day long and likely held the honor of the day’s best dunk as his transition slam drew quite a reaction from the on-looking crowd.

Malik Smith:  The BABC guard continues to be a scoring machine.  With a full repertoire of offensive moves he was almost unstoppable with the ball in his hands.

James Marcellus:  No player helped himself more during the spring “live” period.  Well his summer is off to an equally impressive start as he had college coaches taking notice throughout the day.

Vytas Kriskus:  We couldn’t help but notice a member of the Princeton coaching staff watching intently every time Kriskus was in action.  In addition to having a great body and three-point stroke he is obviously a very hard worker as well.

Corey Wright Jr.:  He rarely gets opportunities to play with talent around him and he looked good today playing with New York’s Michael Cooper who was one of the best big men in camp.  Wright did a nice job of picking his spots and mixing up his attack to show his ability to get to the rim as well as knock down the jumper.

Mike Marra:  We didn’t get to watch him as much as we would have liked but when we did he was knocking down shots as usual.  He also did a nice job sharing the ball and finding his teammates, especially in the open floor.

Shane Gibson:  Another shooter who was knocking down shots as usual today.  He had a gallery of on-looking college coaches every time he took the court as well.

Ben Crenca:  Although he didn’t get too many touches in the post, he was virtually automatic when he did.  He teamed with Kriskus, Smith, Luke Mattarazzo, and John Pinone among others to form one of the camp’s deepest teams.

Derek Retos:  With a good amount of pure shooters in camp including the likes of Marra, Evans, Gibson, and Kriskus…Retos still had the purest stroke of them all.  You won’t find a better shooter of the basketball in New England.