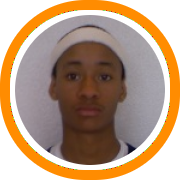 The players arrived at Stonehill College on Sunday afternoon for the beginning of Hoop Mountain’s Super Week II Camp.  On Monday college coaches will be lining the walls as the July live period officially begins.

Hoop Mountain is expecting quite a few coaches to be coming through the doors this week as this year’s camp boasts an especially talented field.

Don’t be surprised if the underclassmen steal the show this week as Andre Drummond, Alex Murphy, Nerlens Noel, Domonique Bull, and Egi Gjikondi are just a few of the youngsters who are expected to draw a number of high majors into the gym this week.  But that’s really just the tip of the iceberg as Kamali Bey, Xavier Rathan-Mayes, Kaleb Tarczewski, Macam Bak Macam, Kris Dunn, and Andrew Chrabascz will also be in attendance.

Not to be outdone the rising juniors will have plenty to offer as well with James Kennedy, Mike Carter-Williams, Freddie Wilson, Eric Katenda, Canaan Severin, Joe Sharkey, and Tyler Strange leading the way.