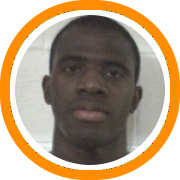 Luke Matarazzo and Derick Beresford locked up in a classic battle at the point guard position as both players guarded each other well and still knocked down contested shots to top the 20 point plateau.  Ultimately, Choate escaped with the win when they were able to come up with a defensive stop on the final possession of the game.  Patrick Liengueu and C.J. Ruskay chipped in with 11 and 10 respectively for Choate while Ruskay and Tom Piscina anchored the team’s defensive efforts.  Tucker Halpern had 14 for Nobles.

In a hard fought and entertaining match-up of two programs with roots in the tri-state area, Apex was able to hang on for a narrow defeat over Satellite Academy.

Despite being undermanned and dramatically undersized, the Hyde School put up a valiant effort and made IMG Academy work for all 32 minutes of their game.  Tywon Clark led the way for Hyde with 23 points as he went hard to the rack, knocked down a pair of threes, and threw down one of the day’s most explosive finishes.

Brimmer & May scored their second impressive victory in as many days, holding off a talented and athletic Apex squad.  Offensive balance was again the key as Kyle Casey finished with 18 points, Derek Retos 13, and Eric Alleyne 11 and 6 assists.  Brian Johnson was a stat sheet stuffer finishing with 8 points, 16 rebounds, 4 assists, and 4 steals.

Trinity Pawling utilized a deadly combination of the dribble penetration of Sasha Brown and the outside shooting of Sean Bertanza as they scored an upset over St. Andrew’s.  Bertanza owned the first half knocking down four three-pointers in the first 16 minutes, while Brown dominated the game in the second as he was virtually impossible to keep out of the lane.  Michael Laplante finished with 22 for St. Andrew’s while Nyheem Sanders had 21.

IMG was forced to pick their poison as the Marianapolis offense was clicking on all cylinders with Reuben Cabrea scoring 16, Chris Flores 15, Corey Wright Jr. 14, and Josh Vital 12.  The host school ended the weekend with a perfect 3-0 mark, knocking off three quality programs in the process.

Here is a look at the ten players who helped themselves the most this weekend in terms of improving and/or solidifying their college recruiting stock.

1.  Dwight Powell, IMG Academies – The 6’10” junior forward was a prime target of coaches throughout the weekend as Stanford, Pittsburgh, Georgetown, Providence, and Seton Hall were all on hand to watch him compete.  He showed the ability to excel in the open floor and attack defenses both inside and out utilizing his long fame, impressive skill set, and explosive athleticism.

2.  James Southerland, Notre Dame Prep – Southerland’s versatile offensive talents were on full display on Friday night as the future Syracuse Orangeman scored in a variety of ways.  He finished plays in transition, stopped in the mid-range area for quick pull-ups, got all the way to the rim, and knocked down jumpers from long range as well.

3.  Kyryl Natyzhko, IMG Academies – Another 6’10” International product, Natyzhko came to IMG from the Ukraine.  He’s getting interest from the highest levels right now as he remains unsigned for ’09 and has the ability to score with either hand in the post or stretch opposing defenses with his shooting range.  He also demonstrated good timing blocking shots on the defensive end, while changing ends of the floor fluidly.

4.  Kyle Casey, Brimmer & May – He’s the rare player who doesn’t have to score 30 points or dominate the ball to prove he’s the best player on the floor.  He operates within the flow of his team’s offense and uses his explosive athleticism and sweet skill set to make plays only when he has to.  He can also dominate the game at the defensive end both by blocking shots from the weak side of the floor and also forcing the opposition into turnovers from the top of his team’s full court press.

5.  Anthony Taylor, Apex Academy – An explosive guard who made some plays that few others would have even thought about attempting.  As soon as he realizes that he doesn’t need to make the homerun play every time he touches it, he’ll be deadly.

6.  Chris Flores, Marianapolis – He exploded for 35 points including 6 three-pointers in his team’s first game on Saturday and remained consistent scoring throughout the weekend.  What was most impressive was the balance between his driving game and his ability to make shots.

7.  Johnnie Lacy – He didn’t do anything that he doesn’t normally do…and that’s why he’s so good.  He controlled the tempo of the game, handed out 8 assists, and only committed 2 turnovers.  Providence is expecting nothing less than that next year.

8.  Luke Matarazzo – Scored 21 points while only taking 8 shots from the floor by going 3 of 4 from behind the arc, 3 of 4 on two-pointers, and 6 of 7 at the free-throw line.  He also finished with 7 assists against only 2 turnovers while playing all 32 minutes and locking up on the defensive end.

9.  Tywon Clark, Hyde School – Coaches love potential and he’s got plenty of it.  He has a college ready body with wide shoulders and a strong frame.  He’s also good with the ball and has enough bounce to rise up and finish above the rim.

10.  Corey Wright Jr. – He was extremely consistent throughout the weekend doing a nice job of distributing the ball and scoring only when he had to.  Ultimately, that’s what coaches want to see from him as everyone already knows he can put points up in a hurry.