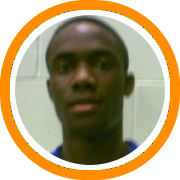 Games of the Day

Points were hard to come by in this low scoring affair as CT Gold’s zone stifled the Rivals, who were cold from the outside. In fact, the Rivals were only able to can 3 threes in the entire game. Meanwhile, CT Gold was paced by a dynamic backcourt performance from Heyden Palozej. Palozej scored 24 points and controlled the game offensively. Brian Fitzpatrick also contributed with 14 and some stellar defense on the taller Rivals frontcourt. Billy Marsden paced Mass Rivals with 13 points. CT Gold’s defensive gem was ultimately sealed down the stretch with some timely free throws.

In their second game of the day, the Boston Soldiers matched up against a very talented and physical squad from New Jersey and gave them all they could handle. The game possessed no shortage of strength and athleticism. Uche Egesionu anchored the Soldiers’ interior with 16 points, proving again how underrated he is. As usual, he made up for what he lacked in height with his superior strength and hustle. Matt Gibson also did an excellent job running the show for the Soldiers. He took care of the ball, got his teammates shots, and also managed to score 11 points while being hounded by Memorial Park’s very quick guards.

Thanks to several acrobatic finishes, CBC jumped out to an electrifying 12-2 lead in this game. However, CBC became complacent with their lead, forcing some bad shots, while the City Rocks were able to pound the ball inside. As a result, the two teams were locked in a stalemate at halftime. In the second half, though, Luke Matarazzo began imposing his will as he hit several difficult runners in the lane as well as some perimeter shots. Once CBC began to take control, the lead was safe with the ball in Matarazzo’s hands. His adept handle and good decision-making allowed CBC to hold on. Also impressive for CBC were Denzel Jones and Rashod Moore, who chipped in 12 and 11 points respectively.

Some Players Who Shined:

Chris Fitzgerald, RI Hawks- The 6’7” big man was very impressive in his game against the Mass Rivals. Despite losing the game, Fitzgerald poured in 23 points and was a force on the glass.

Chris Torres and Kendall Gilliams, Bay State Magic- This pair of Brockton High School teammates was explosive today for Bay State. The Magic received a very tough draw, having to play the Albany City Rocks Black squad and the Mass Rivals, but this did not stop Torres and Gilliams from putting on quite a show. Torres scored 13 points in both games, as he displayed his quickness and touch once he got into the lane. Meanwhile, Gilliams had to have been one of the fastest guards in the gym on Saturday. His end-to-end speed was astounding as he pushed the ball on the break. He used this motor to torch the Rivals for 17 points.

Terrance Favors and Gerome Cohen, Boston Warriors- Favors showed off his shooting ability in the Warriors’ game against the Albany City Rocks, as he scored 18 points. He was never afraid to pull the trigger and was able to make some key shots down the stretch of the game. Cohen netted 18 points in the Warriors’ second game of the day, as he demonstrated his superb strength. He was able to take contact and finish around the rim consistently throughout the game.

Allen Williamson, Mass Rivals- Williamson has improved as much as anyone in New England over the past several months, and he showed why as he scored 17 points in the Mass Rivals’ second game. He is becoming better and better at putting the ball on the floor, and his lateral quickness defensively is vastly improved. As an undersized 4-man, Williamson is attempting to transform into an inside-outside threat and is on his way to doing so.

Joel Powell, Connecticut Force- This ultra-quick little guy carried his team in their valiant effort against CBC. At only 5’6, Powell was an excellent floor general as he was able to distribute, as well as get into the lane and create shots for himself. His performance kept the Force in the game, as they took a loaded CBC squad down to the wire.

Derek Retos, Expressions- Retos ambushed CT Uptempo with 13 first half points, including 3 threes. Expressions romped in their two games, and is looking to make a run to the finals on Sunday.