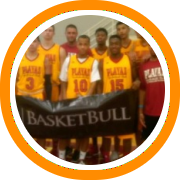 The Hall of Fame Spring Classic wrapped up on Sunday in Springfield with champions being crowned in all age brackets.

The New England Playaz took the u17 title by knocking off Connecticut Select in the championship game.  Kerem Kanter led the way with 25 points and 11 rebounds while the team’s most recent addition, Isaiah Lewis (Christ the King High School – NY), scored 20 points in the second half while Lee Academy big man Mohamed Bah chipped in with 14 points, 11 rebounds, and 6 blocks.

New York Lightning barely survived Connecticut Select in the u16 final as the visitors from Long Island escaped by just a single point as Select was looking to win their second tournament in as many weeks after taking the Connecticut state championship a week ago.

Here’s a look at some of the individual prospects who stood out this weekend:

Peter Rankowitz, Academic Basketball Club – A big combo-guard from Staples High School, Rankowitz played on and off the ball, knocked down threes, and was especially good off the dribble.

Matt Mobley, Blackstone Valley Chaos – A future post-grad at Worcester Academy, Mobley was quick and athletic off the dribble with the ability to make plays for himself and others.

Bobby Bynum, Connecticut Select – One of several playmaking guards in Select’s backcourt, Bynum went for 18 points, including four three-pointers, in Select’s opening game of the weekend.

Levy Gillespie Jr., CBC – Kahlil Dukes continued to lead the way in the scoring column while Gillespie made a variety of heady plays when we watched, showing poise and presence with the ball in his hands.

Alec Brennan, Expressions Elite – He’s made solid strides this spring and showed more of the same early Saturday evening, aggressively contesting plays around the rim and going to the glass on both ends.

John Dewey, Lone Wolf – Our first look at the lead guard this spring saw a playmaker who loved to shake into his dribble pull-up but was also a threat to get to the rim or knock down the long ball.

Garet Beal, Maine Athletic Club – He got off to a relatively slow start in the game we watched but came alive in second half and went to work by putting points on the board in all three ranges.

Christian McCue, Maine Premier – His 20 point performance allowed Maine Premier to play the Playaz tough early in pool play as McCue showed a heady and versatile game in the backcourt.

Matt Barr, MB Nation – He’s a versatile offensive player who can attack off the catch or dribble, but really stood out by virtue of his motor and ability to impact the game on the defensive end.

Jameilen Jones, Metro Boston – The athletic swingman took on some increased ball-handling responsibilities but continued to be at his best slashing to the rim in the open floor.

Brandon Wheeler, New Rens – The athletic swingman was very efficient attacking the rim when we watched, using his strong body and quick first step to go to the cup in straight lines.

Harrison Taggart, Rhode Island Hawks – He’s a great fit with a scoring guard like Charles Correa because he sees the floor very well and facilitates for those around him almost in a point forward type role.

Owen Murphy, Shooting Stars – The athletic big man has definite upside and played his way onto our prospect list by virtue of his size, mobility, and athleticism inside the paint.