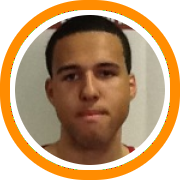 Last week we announced our updated rankings in the classes of 2010, 2011, and 2012.  In that time we’ve also received a good number of inquiries about when we will release the first set of 2013 rankings.  Readers will have to wait a little bit longer for those, as we’re going to use the next couple of months to learn as much as we can about the incoming freshmen class.

Because of the new NERR Junior Elite Division, which covers New England Basketball youth basketball in grades 6-8, we certainly know more about this year’s batch of incoming freshmen than we have previous classes.

Okonoboh is the first cousin of Alex Oriakhi and the similarities don’t end there as he has the same tremendous frame and explosive athleticism that made Oriakhi a star.  Vonleh has both the talent to make an immediate impact at the high school level and the long term potential to be a big time prospect, while Iverson is a name many in Connecticut and beyond have already heard as the youngster’s combination of size and skill has created plenty of anticipation for his high school debut.

Like every other year, the class of 2013 features a handful of repeat freshmen who are bound to make a big impact.  Xavier Rathan-Mayes will be suiting up for CIAC favorites Hillhouse (CT) while Rene Castro will be making a move to Beaver Country Day (MA) and Jake Fay will play at Brimmer & May (MA).

But of course the most exciting part of any new freshmen class is knowing there are plenty of prospects left out there just waiting to be discovered.

Our biggest tool in that process is the New England Elite 75 Showcase – Frosh/Soph Edition.  In fact, the frosh/soph showcase was started last year for just that very reason – to allow us to evaluate the best incoming young players on the same day at the same time.

Limited spots are still available for the showcase and nominations of deserving players can be sent to adam@newenglandbasketballservices.com.