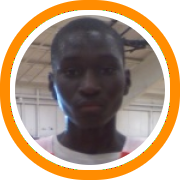 The name bears the purpose of the event.

The Reebok Headliner Tryout Camp gives anyone and everyone (the event had open registration) an opportunity to try-out for the Reebok All-American Camp, the Reebok Breakout Underclass Camp, and the New England Elite 75 Showcase.

With Headliner now halfway in the books, here’s a look at who has separated themselves from the rest of the competition after day one.

Tyler Olander – He showed his normal well rounded skill set, drilling his southpaw three-pointer, scoring with his dribble, as well as with his back to the basket.  But what made his performance today different from some of his others was the level of aggressiveness he was showing on both ends of the floor.  Two plays in particular stand out.  First, on the offensive end, he lifted his defender with a shot fake from behind the three-point line, took one hard dribble to the rim, and then flushed it with two hands against contact.  Second, this time on the defensive end of the floor, when one of his teammates was beaten off the dribble, Olander quickly rotated from the weak side of the floor and pounded the opposing guard’s shot against the backboard.

Denzel Brito – To only talk about his performance during the games wouldn’t do justice to the full day of work he put in.  From start to finish, his performance today was the most complete of anyone in the field.  His work ethic and leadership was on full display during morning drill stations and once games began he was the only player we witnessed encouraging his teammates to defend and share the ball while again leading by example.  And while these intangibles stood out, he was doing work with his scoring ability as well.  Whether it was his patented left to right crossover through the legs, pull-up jumper, or open three-ball, he was taking advantage of the opportunity to show his individual skills.

Hector Harold – Playing time was divided evenly between all players on Saturday, meaning that each guy played about half of the game.  So when Harold put up 34 points in his second game of the day he was putting on a show to say the least.  Three-pointers, pull-up jumpers, and dunks – he was showing his full offensive arsenal.  And why not?  Making the All-American Camp is clearly important to him.  So much so that he took a plane ride from his home of California just for the opportunity to try out this weekend.

Shabazz Napier – Before Harold put up his 34 in the final game set, Napier’s 31 point performance in the opening contest was the talk of the day.  He can simply do more with the ball than anyone else can and is far more than just a three-point shooter.  He’s super clever, knows how to finish inside despite his skinny frame, and has the rare ability to pull-up off the dribble when off balance.

Theodore Boyomo – He was dominant with his rebounding and shot blocking as expected.  What wasn’t expected was just how impressive he was offensively.  He showed nice touch inside with a baby hook and even made a couple of nice moves facing the basket including one strong drive into a step-through move.

Dennis Clifford – Definitely a coming out party for the emerging big man.  He was impressive in his first game of the day, making strong moves with his back to the basket and scoring off the offensive glass.  Many expected him to be less effective in his second game when he went head to head with Boyomo, but it was actually just the opposite as he seized the opportunity to prove himself against a big time defender.

Others:  Akeem Williams using his individual creativity to make plays for himself and others; Derek Retos draining long threes and attacking close-outs for pull-ups, floaters, and assists; Anthony Ireland getting into the lane at will and utilizing short pull-ups and floaters to score; Mike Accaoui making shots and demonstrating a mistake free floor game; Ryan Romich scoring around the rim as well as in the mid-range area with his pull-up; Jose Cruz passing beautifully from the high and low posts; Jared Fay with a sweet stroke prefaced by the best shot preparation in the field; Joe Bozzuto making shots and finishing plays off the dribble with both hands; Matt Brown continuously getting better as the day went on and locking up defensively; Ike Azotam finishing plays consistently on his way to the rim; Chad Labove rebounding in high volume and showing a soft touch; Dan Brooks handling and making plays with the bounce; David White showing his power and playmaking in the backcourt; Jeff Tagger making a series of quick drives and heady passes; Chris Fitzgerald scoring inside and out; Marco Banegas making a couple of spectacular individual plays to demonstrate his potential; Wes Clark getting hot with his three-point shooting in the 2nd half of the late game; Dino Mallios with his headiness and control running his team and playing high percentage basketball; Ousmane Drame finishing plays around the rim and even blocking a couple of shots; and Mario Monroe showing how productive he can be when he gets his motor in high gear.

Khem Birch – The Canadian native has starred with Expressions this Spring, and today he brought his aerial onslaught to the Headliner.  His high flying exploits have him positioned for a trip to Reebok’s Breakout Camp if he can perform as well on day two as he did on day one.

Ricardo Ledo – He’s proven himself to be a star in the making this spring and on Saturday he had the type of performance we’ve come to expect from him – numerous signs of greatness along just a couple spurts of inconsistency to remind us that he still has three years to go.

Jules Tavares – Tavares is an athletic scoring guard who was dynamic and creative going to the rim both with his dribble and also moving without the ball.  He’s also a lock down defender who just needs to add a can of polish to his game.

Tyler Strange – His floor vision stood out the most as he was finding people both off the dribble as well as in the open court.  He made one play for himself that was absolutely spectacular as he drove the ball down the lane with his right hand and in mid-air switched it to his left before laying it in.

Demitry Coronell – He plays the game at 100 miles per hour and today was just blowing right by people.  He finished above the rim with dunks, connected on floaters in the lane, found teammates with wrap around passes, and even showed a good three-point stroke.

Others:  Steve Wynn showing some flashes of brilliance including a couple of big time moves to the basket; Joe Sharkey utilizing his patented pull-up jumper in the open court; Deric McCottrell with his normal array of high wiring acts; Anthony Barry turning on the jets with the ball on his way to the rim; Chris Sherwood has tremendous athleticism and showed it with a couple of explosive plays; Adrian Oliveira has poise and composure beyond his years to go along with sound skills; Andrew Chrabascz is known for his toughness but his footwork is absolutely off the charts; Rene Castro with his playmaking abilities on the offensive end; Carlin Hyman with his tremendous ball skills and feel for the game at such a young age; Patrick Ackerman has a bulked up frame and a very impressive skill set for a player his size; Macam Bak Macam also has a great skill set for a young big as he handles, passes, and shoots from the perimeter while also owning super soft hands; Jake Layman announcing his presence on the scene with a long frame, good mid-range jumper, and ability to face-up and go by people; and Tevin Falzon is a big who knows how to use his body to seal inside and can also step to the perimeter to shoot it.