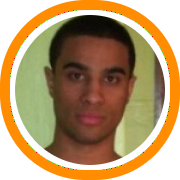 Despite having only 7 players available, the Rhode Island Hawks 17u Red team coasted through pool play.  Led by big man Karl Busch, guard Josh Cabrera, and steady point guard Pucci Angel, they were able to defeat the Windsor Warriors and the Boston Saintz.

In the quarterfinals, the Hawks jumped out to a quick 25 point lead against Connecticut Skillz, and ultimately held on for a 17 point win behind strong efforts from wings Mike Juarez and Michael Velazquez along with a strong scoring effort from Cabrera.

In the semifinal, the Hawks quickly turned a 5 point half-time advantage into a 12 point lead.  The lead hovered at 6-8 behind clutch shots from Juarez, Cabrera, and Busch, while the CT Gold attack was paced by Sam Markle.  In the critical moments of the game, the Hawks were able to convert 9 of 10 free-throws to seal the trip to the finals.

In the final, the vastly undersized and shorthanded Hawks matched up with Peterson Bernard and the Boston Soldiers.  Quickly, the Hawks led 5-0 and battled back and forth throughout the first-half with Angell and Colin Burns leading the way to hold a 2 point half-time lead.

Late in the game, with the Hawks ahead 56-55, Bernard was able to muscle in a put-back with 24 seconds left to give the Soldiers their first lead of the game.  Electing not to call a timeout and instead pushing the ball up the court, Angell broke down his defender and was fouled on a pull-up jumper.  With precisely 14.5 seconds on the clock, Angell calmly sank both free throws to give the Hawks a 58-57 lead.  Taking advantage of committing only 4 team fouls prior to that point, the Hawks were able to continually foul causing the Soldiers to inbound, taking the clock down to only 3.4 seconds before the Soldiers were able to even get a look at the basket.  A back-tap by Angell landed directly into the hands of the Soldiers' Bernard under the basket, but a clean strip steal by the Hawks Victor Kashouh ended up in the hands of Burns who was able to dribble out the clock to preserve the dramatic upset victory.  Burns led the Hawks scoring attack with 21 points while Angell added 18 more (including 4 three pointers).

Sam Markle – CT Gold:  Was very solid running the team…especially against Team Philly, where he controlled the ball and the tempo of the game against their quick guard while also scoring 12 points.

Romeo Diaz – Boston Soldiers:  He scored a good amount of his points in transition while also consistently knocking down the 15 footer and mixing it up inside.  He is definitely a player that can contribute at the collegiate level.

Luke Matarazzo – CBC:  CBC’s 16 and under team played up in the 17u bracket and made an impressive showing, advancing to the semi-finals before falling to the Soldiers.  Matarazzo put on a show from behind the three-point line in CBC’s victory over the Mass. Bearcats.  The young guard (class of 2010) knocked down 7 threes on his way to 27 points.

Alex Berthiaume – RI Hawks Black – Showed some increased size and strength while playing extremely confident, hitting tough shots, getting  to the basket, handling the ball well under pressure and shooting well from outside.  Berthiaume had 15 pts vs. the Hartford Knights and 17 vs. Connecticut Basketball Academy

Chris Fitzgerald – RI Hawks Black:  He showed the ability to score on the block with a nice touch, plus the skills to shoot the ball very well from the outside for his size.  Had 21 pts vs. Connecticut Basketball Club in the quarterfinals.

Joe Ragland – Dunbar:  Was extremely smooth with the ball, quick off the dribble with the ability to get to the rim or pull up from deep.  Can help out at the Division II or possibly low Division I level.

Danquah Rawlins – Boston Soldiers: He’s a scorer who did his best work in the Soldiers double overtime victory over CBC when he scored 20 points.

Josh Paulino – Boston Soldiers: 19 pts vs. CBC in the semi-finals.

The Broncos met CBC – Glowiak in the Semi-finals.  This game was a battle from start to finish as the Broncos eventually pulled away 70-61. The Broncos were led with a balanced attack as Chase Clare put in 14 pts and Armani Garwood added 13.

In the other semi-final game, BasketBull gave CBA their toughest test of the weekend as they lost 74-64.  CBA was led by Lequan Mendenhall who contributed 18 points hitting from three and getting to the rim.  Brandon Sherrod also had 12 pts for CBA while BasketBull was led by Ellis Cooper and Dan Martin.

In the much anticipated 16u championship, Connecticut Basketball Academy took out the Broncos very early as they won going away and finished 5-0 on the weekend.  The former 15u National Champions showed why they are one of the top 16u teams in the northeast.