Gatorade Player(s) of the Year Announced 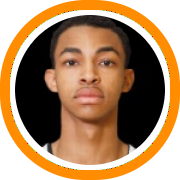 The Gatorade Boys Basketball Player of the Year was announced in all fifty states on Friday.  The award, which recognizes not only outstanding athletic excellence, but also high standards of academic achievement and exemplary character demonstrated on and off the court, distinguishes each award winners as the best high school basketball player in their respective state.

Colson is the returning Gatorade Player of the Year and Rhode Island and this season averaged 16.8 points, 11.7 rebounds, 3.9 blocks and 1.0 assists per game, leading the Saints (26-5) to the New England Prep School Athletic Council Class AA tournament semifinals. A two-time First Team All-NEPSAC Class AA selection, Colson was nominated for the McDonald’s All-American Game and has been invited to participate in April’s Albert Schweitzer Games in Germany. He concluded his prep basketball career with 1,938 points and 1,162 rebounds.  He has also maintained a B average in the classroom, is a member of the St. Andrew’s School chorus and theatre program, and has volunteered locally as a youth basketball coach and referee.

Copeland led the Bobcats to a 33-2 record, the New England Preparatory School Athletic Conference Class AAA championship and the National Prep Championship this past season and averaged 15.6 points, seven rebounds, 2.4 steals, 2.3 assists and 2.2 blocks per game while shooting nearly 60 percent from inside the arc. A 2014 First Team All-NEPSAC selection, he scored 15 points to help Brewster Academy defeat St. Thomas More (Conn.), 88-77, in the National Prep Championship. He is ranked as the nation’s No. 26 recruit in the class of 2014 by ESPN and No. 37 by Rivals.  He has also maintained a 3.35 GPA in the classroom. A member of the National Honor Society and the B.A.G.S. Foundations (Boys and Girls Succeeding), he has volunteered locally in association with multiple community cleanup initiatives and as a youth basketball coach.

Wolf averaged 16.5 points, 13.6 rebounds and eight blocks per game while recording 18 double-doubles this past season, leading the Cardinals (24-3) to the Class LL semifinals. A 2014 First Team All-Fairfield County Intersc holastic Conference selection, he scored 15 points with 11 rebounds in Greenwich’s 59-54 win over New Britain in the Class LL quarterfinals.Wolf has maintained a 4.0 GPA in the classroom. A member of the National Honor Society, he has volunteered locally on behalf of the Greenwich Library and as a youth basketball coach.

Gilpin averaged 23.0 points, 10.1 rebounds, 1.9 assists and 1.6 steals per game this past season, leading the Broncos (21-1) to the Class A state championship game. A returning First Team All-State selection as named by the Maine Sunday Telegram and Bangor Daily News, Gilpin shot 50 percent from the field, 40 percent from 3-point range and 76 percent from the free throw line. The Most Valuable Player of the Eastern A regional tournament each of the past three seasons, he led Hampden to three consecutive Class A title games, winning the state championship as a junior in 2013.  He has also maintained a 3.37 GPA in the classroom. In addition to donating his time as a youth basketball instructor, he has volunteered on behalf of Coats for Kids and Hoops for Hope.

Parish averaged 31.0 points, 14.5 rebounds, 8.6 assists and 5.2 steals per game this past season, leading the Rockets (20-3) to the Division 4 semifinals. A Burlington Free Press Second-Team All-State selection as a junior, Parrish concluded his prep career with 2,479 points, the most in Vermont history.  He also maintained an A average in the classroom while serving as president of his senior class and volunteering locally on behalf of community clean-up initiatives and youth basketball programs.

Nelson averaged 23.0 points, 6.5 rebounds, 6.3 assists and 2.4 steals per game this past season, leading the Raiders (22-6) to the Division 1 state championship game. The 2014 Merrimack Valley Conference Player of the Year, Nelson was the 2013 Lawrence Eagle Tribune Player of the Year and a 2013 Boston Herald All-Scholastic selection. He concluded his prep basketball career with 1,540 points. Nelson has maintained a B average in the classroom. He has volunteered locally at the Boys & Girls Club of Lawrence and as a youth tutor.