From Unknown to Highly Recruited in One Weekend 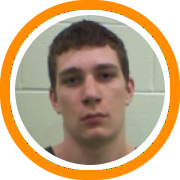 A week ago very few college basketball coaches had ever heard the names Jason Pranulis or Connor Boyen.  In fact, with the exception of Keene State, Babson College, and Wentworth Institute of Technology, no other schools had expressed any interest in either player.

All of that changed this weekend after both players had breakout performances at the Hoop Mountain Invitational with their Western Connecticut Warriors AAU club.

“For a bunch of small town kids like ours, they often go under the radar,” said Warriors head coach Mike Capalbo.  “So coming to the Hoop Mountain tournaments is a great experience for my kids.  The competition, and most of all the exposure, are two things we wouldn’t otherwise get.”

But exposure is a two way street.  The first step is having the opportunity to play in front of college coaches and the second is doing something to catch their eye.

With over 75 division II and division III coaches actively evaluating players on Saturday, including numerous head coaches, the opportunity was undeniable.  And Pranulis and Boyen made sure to seize it.

The Warriors played three games this weekend and Pranulis, a 6’6” power forward from Terryville High School, scored 50 points in the first game, 27 in the second, and 46 in the third.

But beyond his point totals he also captivated the attention of the on-looking coaches with his physical and aggressive style of play, ferociousness on the boards, and relentless attack of the rim.  It also doesn’t hurt that he’s left-handed and athletic with a very strong body.

“Beyond everything else, his defense and leadership are essential to our team’s success,” said Capalbo.

Boyen was no slouch himself this weekend, and he picked just the right time to have his best game.  Midway through the day on Saturday when the number of college coaches in the gym was at its highest; Boyen went off for 32 points including 6 consecutive three-pointers.

But the junior from Nonnewaug High School has far more than just a good shooting stroke to offer as he’s a very intelligent two way player.  Offensively, he has a well rounded skill set that enables him to handle and pass as well as shoot, and he also owns a high I.Q.  Defensively, his 6’2” frame and strong upper body allows him the versatility to guard multiple positions.

“He is our floor general on both ends of the floor,” said Capalbo.  “He makes sure people are in the right spots and that they’re communicating.”

When the weekend had finally come to an end the duo of Pranulis and Boyen had been approached by about a dozen schools, including some at the division II level who were already beginning to discuss scholarships.

Not bad for two kids trying to get on the map a week ago.