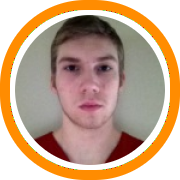 BABC teams will compete against a select group of area players assembled by this year’s tournament host, Hoop Mountain New England. The BABC Freshmen team will tip-off at 10:00 AM, followed by the Sophomore team at 11:30 AM and the Junior team at 1:00 PM.

The Fitzy Games were established in 2003 to generate proceeds for the Paul Fitzpatrick and Robert “Knobby” Nolan foundations, which helps to send local kids to basketball camps in the names of both deceased coaches.

The club’s accomplishments led to the program being named Five-Star Basketball’s 2011 National Program of the Year and, as a result of the success, BABC head Leo Papile was named as National Coach of the Year.