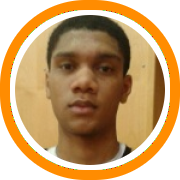 There is a reason why Philadelphia University head coach Herb Magee is the winningest men’s basketball coach in NCAA history and a member of the Naismith Memorial Basketball Hall of Fame.

Actually, there are a multitude of reasons, but it all starts with his ability to recruit talented student athletes and then continue the development of their skills.

While Philly U’s rosters are typically made of players from the Middle Atlantic region, the Rams landed their second 2014 commitment in the New England region this weekend when Marianapolis Prep forward Eric Long accepted the school’s scholarship offer.

Simply put, Long is a steal at the division II level.

Often underestimated because he’s not a volume scorer, Long has a long history of winning basketball games and finding success at the highest levels of competition.

It began on the AAU circuit, where he was a dependable member of the rotation for Team Scan, joining top 40 nationally ranked prospects like Chris McCullough, Terry Larrier, Thomas Bryant, and Cheick Diallo in the team’s frontcourt and yet still playing an important role during the EYBL season.

He’s had similar success in the NEPSAC, leading Marianapolis Prep to post-season appearances in each of the last two seasons, including a senior campaign in which they proved many of the naysayers wrong.

“Playing with Team Scan and having spent his entire high school career playing in the NEPSAC, Eric is as battle tested as they come,” Marianapolis head coach Andrew Vitale told NERR last month.  “He is a fearless player who backs down from no one.  He is an athletic, shot-blocking, rebounding player who has just scratched the surface offensively and is becoming more confident off the dribble.”

Long was widely regarded as one of the top defensive players in Class AA of the NEPSAC this season, going up against guys like Okonoboh, Abu, Colson, and Cimino on a nightly basis and consistently battling them for every inch.

At the division II level, he’ll be able to play multiple frontcourt positions and immediately assert himself as a college ready defender and rebounder.  Offensively, he’s better than advertised, with his ability to score around the bucket, get second chance points off the rim, or knock down elbow jumpers.  Don’t be surprised to see that range extend in the near future as well as Magee is well known for his ability to teach shooting.