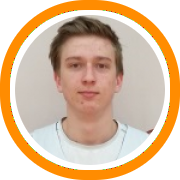 We continue our evaluation of last Sunday’s showcase by examining the sophomore smalls (guards and wings) whose play differentiated them during the four-hour session.

Makai Ashton-Langford – Ashton-Langford was his usual efficient self on the offensive end. Whether creating for himself or passing to his open teammates, Ashton-Langford always makes those around him better players. It is going to be fun to watch him and Greg Kuakumensah in their sophomore campaigns at St. Peter Marian.

Kendall Baldwin – With an exceptional handle and great court vision, Baldwin repeatedly found his teammates in areas of the court where they were most comfortable and effective. His consistent ability to penetrate into the lane and covert from a variety of angles oftentimes led his defenders to drop below the free throw line. As he adds a more refined jump shot to his repertoire, Baldwin figures to be one of the standout guards from his class in the Springfield, Mass. area.

Bruce Brown – The versatile guard had a fantastic showing on both ends of the floor. Brown’s athleticism and long arms made him a pest on the defensive end – something for which he became known with BABC this summer – allowing him to strip his opponents multiple times. On the offensive end, Brown consistently attacked the basket off the dribble while also showing of a nice midrange pull-up.

Tamenang Choh - The Brooks School sophomore was one of the more relentless energy players during both the drills and scrimmage sessions. Tamenang constantly attacked on the offensive end, where he displayed the ability to either get to the hoop or pull up for a midrange jumper.Kyle Coughlin – The Beverly HS product first caught our attention in drill work with a fundamentally sound base and later impressed in games with an extremely high basketball I.Q.  He’s a throwback style guard who is both an outstanding passer as well as cutter.  He makes quick decisions with the ball, moves without it, and has an understanding of the game beyond his years.

Thomas Coyne -- The Maine native proved himself a reliable stretch-the-floor shooter with his 3-point prowess for MBNation during this past summers AAU circuit. With another solid shooting display at Elite 75, he only further solidified his reputation.

Matt Donahue – The youngest in a long line of Donahue brothers, Matt has the family’s trademark shooting stroke from downtown but also boasts a little more size and length than his brothers, which helps to make him more of a versatile offensive threat.

Nate Duda – Duda showcased the ability to get into the lane and score with contact using both hands. He possesses good size for a guard at his age and he also knocked down a number of midrange jumpers.

Javaughn Edmonds – Playing alongside Malik James as a freshman, the 6-foot Brighton (Mass/) High sophomore looks poised to lead the Bengals at point guard in the upcoming season. At the showcase, he demonstrated excellent court awareness, a refined scoring touch and the consistent ability to breakdown his defender off the dribble.

KeAndre Fair – Another point guard with a tremendous handle and feel for the game, Fair was especially productive connecting on pull-up jumpers in transition.

Charles Fisher – Fisher’s length and quick first step made him an exciting player to watch. He regularly found his way into the lane using his strong dribble and his long arms allowed him to finish over much taller players.

Josh Hale – When you can make shots and have an understanding of the game, you’re going to be able to carve out a niche for yourself, and that’s exactly what Hale did while playing against high level competition throughout the day.

Brendan Hoban – Hoban really distinguished himself during the two scrimmages. His attacking style and consistent outside shoot produced numerous impressive baskets. On one sequence, Hoban stole the ball and split two retreating defenders before banking it off-glass for two points. He also showed unlimited range when he converted a couple of deep 3-pointers.

Brandon Hurst – The star of the summer Elite 75 Stars of Tomorrow Camp, Hurst proved his worth against some of the top prospects in New England’s 2016 class this weekend.  He combined versatile offensive and athletic tools to help him make plays and score the ball consistently throughout the day.

Will Johnson -- A skilled outside shooter, Johnson also displays the solid fundamentals, grit and determination often associated with the Boston College High basketball program. In addition to knocking down a handful of shots from both wings, Johnson also made numerous hustle plays which earned his team extra possessions during the scrimmages.

Matthew Kerans - Kerans has an extremely well-rounded game for someone his age. While his shooting stroke may be his best attribute, he is a good athlete who has the ability to get to the rim. Combining these skills with his high basketball IQ and tremendous work-rate on the floor make him an interesting prospect.

Jack Loughnane -- Another Boston College High product, the 6-foot-1 guard, who also plays with BABC, is a fiery competitor that never quits on either the offensive or defensive end. Many of his baskets seemed to come off of hustle plays or being in the right place at the right time, a testament to Loughnane's ability to impact the game in a multitude of ways.

Jesse McIntosh – A young playmaker with an already battle tested resume, McIntosh combines length and quickness in the backcourt to allow him to consistently attack the defense.

Unique McLean – McLean may have been the breakout star amongst the sophomores. The New York native threw down a number of highlight reel dunks that drew people to the court on which he was playing. Besides his athleticism, McLean also created his own offense off the dribble or by running himself off screens set by his teammates, who in turn found him for open outside shots.

Ryan Murphy – Murphy always seems to have his hands on the ball. Offensively, he is the classic stretch-the-floor perimeter shooter that every team likes to have to open things up for its more athletic wing players. On the defensive end, Murphy showed great instincts for knowing when to double or trap, box out and crash the boards or outhustle an opponent to a loose ball.

Ikenna Ndugba – As point guards go, there may not be anyone with more natural playmaking abilities than Ndugba. The Brooks School sophomore was at his best when out in the open court with his teammates on the wings. He also displayed a solid understanding of the pick-and-role, often by knowing when to find his own shot or defer to an open teammate.

Nathan Patenaude – There’s a natural talent there that hasn’t yet come all the way to the surface but is definitely present.  In short, he’s a very intriguing prospect and someone with the potential to improve by leaps and bounds in the coming years.

Saul Phiri – The refinement in Phiri’s offensive arsenal continues to impress. At Elite 75, Phiri chose to highlight his step-back jump shot abilities. On several occasions he had his defender moving one way before taking a quick step back and unleashing his pure shooting stroke. As Phiri adds more elevation to his jumper, he will become that much more challenging to guard.

Spencer Ress – The shooting guard moved very well without the ball. By using screens and his quick release, he was able to hit a number of jump shots both contested and otherwise throughout the scrimmages.

Ben Shungu -- A sub 6-foot point guard that consistently impacted the game on both ends of the court, Shungu put consistent defensive pressure on the ball. Offensively, he not only made the correct passes to facilitate his teammates scoring, but he was also a vocal floor leader.

Ian Sistare – To the surprise of no one, Sistare was one of the most efficient players amongst the sophomores. Throughout the session, he hit big shots, attacked the rim and consistently made the right play. Sistare rarely does something without a clear goal in mind, whether it be to create an easier shot for himself, set his teammates up for an easy basket or facilitate a turnover on the opponent.

Nick Tupanjanin - The Massachusetts native was one of the better shooters in the sophomore class. Tupanjanin made shots with ease during drills and carried this shot making momentum over to the scrimmages, when he connected on a number of spot up 3-pointers. He will be someone that defenses opposing will need to account for and with increased makes a shooter from the sophomore class worth watching for over the next couple years.

Matt Turner – At 6-foot-3, Turner is a long and athletic swingman who still appears to be growing into his body. While many of his points came when he slashed to the basket, Turner also has a fluid shooting stroke from the perimeter.

Shyheim Ulrickson – During this summer’s AAU season, MBNation’s Ulrickson made a name for himself by filling in a handful of times for Dustin Cole when the Franklin Pierce-bound guard was sidelined by injury. The Maine product continued his strong play at Elite 75 where he highlighted his shot making abilities, efficient passing and sound playmaking skills.

Christian Vital – Infrequently do you see a sophomore in high school compete as hard on defense as he does on offense. As a result, Vital, a shooting guard from Vermont Academy, proved himself the exception. Blessed with quick hands and the ability to anticipate on defense, Vital was a consistent defensive menace. He also showed exceptional court vision and the ability to hit shots from multiple spots on the perimeter.