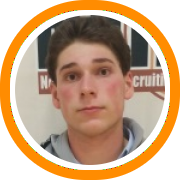 HANOVER, Mass. – Throughout this week we will be taking a look back at the 6th annual Elite 75 Showcase – Frosh/Soph Edition and examining some of the major stars, stock-risers and breakout performers from the event.

We continue our review by highlighting the sophomore bigs (forwards and centers) who distinguished themselves during the four-hour session.

Jeffrey Allen – At 6-foot-4, the Madison, Conn. product proved himself an efficient and reliable player capable of scoring in bunches. Whatever Allen lacks in athleticism, he more than made up for with solid fundamentals. Allen regularly employed the shot fake against bigger and more agile players without rushing his own offense. With his father some five inches taller than Allen’s current height, the potential of continuing his playing career at the collegiate level remains a distinct possibility.

A.J. Brodeur – The versatile big man from Northfield Mount-Hermon showed off his entire skill set. Brodeur ran the floor and converted his shots around the basket. But what makes him unique for his size is his ability to step away from the basket and hit perimeter shots, as well as find his cutting teammates from the high post for uncontested layups and jumpers.

Terrell Brown – Already an elite shot blocker with impeccable timing and long arms, Brown continues to add new wrinkles to his game. Besides his usual success connecting on 16-18 footers, Brown also displayed a couple nice post moves and adeptness at finding his open teammates when double teamed. Given his young age, it’s highly possible that the St. Andrew’s sophomore will be at the head of this New England recruiting class by the time his senior season rolls around.

Mark Gasperini – The 6-foot-9 big man from Brimmer and May was impressive throughout, further solidifying his stature as one of the most improved players over the last six month period. For his size, Gasperini got out in transition and ran the floor very well. He also showed an ability to step away from hoop and connect on his high-arcing soft shot from the perimeter, even when challenged to do so over a defender. When he was aggressive on the offensive end – especially in attacking the rim on his interior finishes – Gasperini hinted that he could someday blossom into a potentially dominating presence.

Kendrick Gray – As far as elite level prospects, the 6-foot-6 Gray has a chance to be a really, really good one. The long and athletic player already possesses a refined inside-outside game. He can finish at the rim and also step outside and drill 18-footers. His wide wingspan and long stride of a first step also makes him a factor on the defensive end.

Justin Guerette -- Guerette flourished when getting into the paint and finishing at the rim. The physically imposing wing also showed improvement on his outside shooting since early in the AAU season, an aspect of his game that as it develops will make him a consistently challenging defensive match-up for opponents.

Sam Ibiezugbe – While the big man is far from a finished product, he showed plenty of promise. Even those he’s only been playing basketball for a short time, he displayed a relentless tenacity on the boards as well as a keen understanding that it is in his best interest to hold the ball high when in the post. Based on his attentiveness and responsiveness to coaching, it is obvious that he wants to learn the game and will only improve with increased reps.

Sedee Keita – The sophomore from Vermont Academy was one the more athletic players on the court. His combination of athleticism and his ability to anticipate already make him a terrific shot blocker and rebounder. He will only get better as he plays more basketball in the highly competitive NEPSAC over the next three years.

Greg Kuakumensah – One of the things about Kuakumensah’s game is that he always plays at his own pace. Whether receiving the ball with his back to the basket or outside on the wing in transition, Kuakumensah takes the time to assess the situation, his options and react accordingly. It’s a maturity not seen in many players his age, and also probably a byproduct of some competitive one-on-one battles with his older brother.

Tyonne Malone – Malone is a high-flyer who wants to get out on the fast break whenever possible. He converted a couple impressive jams in drills and also showed exceptional body control when finishing acrobatically around the rim. As his outside shooting stroke gets more consistent he will become an even more explosive offensive player.

Nicholas Mayo – Mayo was one of the more surprising players in the class of 2016. The big man showed off an array of skills and had people taking notice. He was very good down low on the block, especially when using his power dribble. As for finishing, Mayo went up strong every time. In addition, he showed a nice ability to pass out of the post.

Joe McNamara – This Rhode Islander plays with tenacity and his ability to run the floor and spot up for his improving 3-point stroke makes him a prospect to be reckoned with. Once he starts using his length to hit the boards, McNamara will be a solid combo forward.

Luke Rosinski – The big man did a little bit of everything during his two scrimmages. He not only rebounded very well and finished inside, but he also passed well out of the post. These skills reflect a player with an extremely high basketball IQ.

K.J. Santos – The 6-foot-7 wing from Illinois is set to take the floor for Vermont Academy this fall. Santos was one of the most skilled players in the class of 2016 group. The combination of his smooth shooting stroke and athleticism make him one of the more intriguing players to watch in New England during the upcoming season.

Nick Seretta – He’s a physical presence on the wing who draws a distinct advantage by virtue of his power and aggressiveness.  He also adds an element of skill including a couple of different three-pointers during the game sets.

David Watkins – The Brimmer & May forward has the body of a big man with the budding skill set of a perimeter player.  Put the two together and he has all the markings of a major mismatch problem a few years down the road.