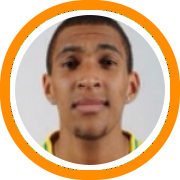 Elite 75 has been synonymous with New England’s best prospects since its inception in 2006.

That will continue into the next generation with the evolution of the Elite 75 brand to now include the Elite 75 rankings – measuring the top prospects in New England regardless of class.

Updated at the end of every year and recorded in the NERR rankings archive, the Elite 75 rankings are not about what players have done to date or even where they are going next year.  Instead, they are about taking a long-term view of the future.

Who will be the best college player?  Who could make it to the highest level? Who can be the next to follow in the footsteps of Elite 75 alumni like Drummond, Noel, Carter-Williams, and Vonleh?

These are the questions that our Elite 75 rankings strive to answer.

The inaugural list, which considered prospects who played high school or prep school basketball during the most recent season (classes of 2014-2017), begins with Brewster Academy graduating forward and incoming Georgetown freshman Isaac Copeland, who has already been compared to former Hoya great Otto Porter.

Copeland was the top ranked prospect for a 2014 class that also included Goodluck Okonoboh (4), Abdul-Malik Abu (5), Kaleb Joseph (7), Paschal Chukwu (8), and Jonah Bolden (9) among others, all of whom have the potential to take their careers to the highest level.

Jalen Adams, Mustapha Heron, Tomas Murphy, and Jermaine Samuels lead the best prospects returning to the high school ranks next season.  All four are virtually guaranteed to be playing at the highest levels of college basketball, but more importantly, have a chance to do something special once they get there if they continue to maximize their natural tools.

The next step of the Elite 75 Evolution continues next week with the Stars of Tomorrow Frosh/Soph Camp and the Elite 75 College Showcase.