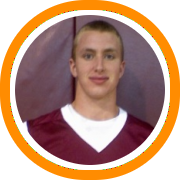 Top 10 Performers Of the Afternoon

Evan Cummins – Cummins was strong inside. His outside shot was falling and he ran the floor well. He used his size to his advantage on the defensive end. Around the rim, he is a strong player, finishing almost anything that he caught under the hoop.

Demitry Coronell – The East Boston swingman has the versatile tools to intrigue coaches from a variety of levels.  He can jump out of the gym on one play and can hit a NBA three pointer on another. In the half court, few players could stay in front of him.

Phil Gaetano – Gaetano did it all. He may have been the best passer in the gym. He was not flashy but knew how to get the job done and may not have turned the ball over all day long.  Defensively, he has very quick hands and forces many turnovers. While guarding UMass commit Jordan Laguerre, he managed to match his level of play and make it uncomfortable for him in the half-court.

Dan Brooks - The 6'3" rising post-grad showed off an array of offensive moves throughout the day. He was knocking down shots from beyond the arc, finding the open man in transition as well as in the half court, and slashing to the basket with great athleticism. His penetration from the perimeter forced the defense to collapse on him, where he would either power through two or three defenders, or kick out to open teammates.

Tavon Allen - Allen possesses one trait that many other players did not have at the showcase today and that was endurance. While many players were out of breath after the drills, Allen didn't even take a water break and continued to shoot around. His endurance also helped him stay consistently good all day long. Allen is great at controlling his body while driving in the lane. Although he missed a few, Allen also had many nice dunks.

Zach Auguste - Luckily, Auguste came out of the gym in one piece after a scary fall on a dunk attempt that had everyone in the gym cringe. Despite having to end the day slightly early, there was no denying that he was a dominant force. He is incredibly skilled for a guy his size. There were some moments when he even took the ball up the court. He connected on most of his outside shots and finished around the basket nicely. Auguste even displayed great leadership by setting his teammates up for many good looks under the basket. If he continues to develop his skills, He could be a special player down the road.

Jordan Laguerre - Although he has one more year of high school to play, Laguerre looked like a college player. In his first game, Laguerre was unstoppable. He was scoring in every way imaginable. His three point shot was falling well and he dunked on a few opponents as well.

Brandon Sherrod - If you were to describe Sherrod in one word, it would have to be beast. His inside game is nearly unstoppable. His big body was too much for anyone in the gym. If there were a dunk contest, Sherrod may have won it. He had a moment in his first game in which he had three monstrous dunks in three straight possessions.

Kuran Iverson - After standing out all week at Hoop Mountain, Iverson carried his great play to the showcase. His shot was not falling very well, but this did not prevent him playing hard. Defensively, he has all of the tools one could ask for. There might not have been one player to score on Iverson all day long. He is excellent at getting in defenders faces and forcing players to take contested shots.

Freddie Wilson - Wilson showed he was a complete player by displaying a good overall game. He was fundamentally sound both offensively and defensively, but he stood out the most when he made moves off the dribble. He attacked the basket well, and had good body control in doing so.

Scott King - The Holderness big man showed that his abilities can take him way beyond the post as he knocked down jumpers from 15 feet, and even a few from the 3-point line. His above average athletic ability is only going to improve, and he showed the coaches that he can finish at the rim as good as anyone. He also surprised opposing defenders with his ability to hit step-back shots from 12 feet.

Ishmael Kalilou - From the moment that one-on-one drills began, Kalilou showed his creativeness off of the dribble. He managed to find a different way to score nearly every time he drove to the basket. He also had many impressive dunks.

Adam Bramanti - Started off quiet, but once he hit his groove he really shined. After his first shot fell he didn't seem to miss the rest of the day. He finished around the rim, in the lane with floaters and pull-ups, and especially from beyond the arc where his sweet stroke impressed more than a few of the 50 or so coaches on hand. Once he becomes stronger and more confident attacking the basket and finishing at the rim, Bramanti will be a lethal offensive weapon.

John Papale - The third offensive weapon on the team with Phil Gaetano and Evan Cummins. Papale was the most consistent shooter on the day, knocking down shots in transition from beyond the arc as well as in the half court game. He moved well without the ball, but most importantly ran wide on the break with Gaetano, which freed up space for him to drive and deliver the ball to shooters spotting up. He was no slouch on defense either; coming up with steals because of his good positioning on the help side.

Kris Dunn - This great athlete manages to find the open man nearly every time. Even in two-on-two drills, Dunn would always manage to hook his teammate up with s good look. He is also very active on the defensive end.

5 Players Who Displayed Their Upside

Ousmane Drame - Drame is a funny player to watch because he never seems to be satisfied. It might annoy his teammates but this is a great quality. There were some points when Drame struggled to get involved, but when he got the ball, he seemed to know exactly what to do with it. His outside shot is still in development, but when that starts falling, Drame could be a tough player to guard in the future.

Mike Mallory - Although he didn't play great, his game is full of potential and he showed flashes of brilliance all day. He has excellent speed and athleticism and just needs to stay focused on what he does well. Mallory played hard all afternoon, and once he can improve his weaknesses he will be a very good player.

Jake Fay - Fay was one of the most highly touted shooters in the gym, and although this afternoon wasn't his best shooting day, the rising sophomore clearly has a bright future. Great shooters shoot themselves out of slumps, which is what Fay showed today. After some rough shooting in the first game, he came out firing in the next round and connected on several big 3's for his team.

Xavier Pollard - The 6'2" Winchendon rising post-grad was as impressive a ball-handler as he was a slasher in the afternoon session of games. Although he played more of a combo guard, he handled the ball as well as any of the point guards in the gym and also showed great control when attacking the basket.

Patrick Ackerman - There might not have been a player in the gym as tall and long as Ackerman. Unlike many players his size, Ackerman already knows how to use his length to his advantage.

Others Who Helped Themselves

Andrej Pajovic – Super smooth with the ball in the open floor, Pajovic almost slithers wherever he wants when playing north to south while showing a great feel for the game.

Chris Braley – Shot maker from Maine has the toughness and quick trigger that coaches from the next level look for in their shooters.

Alex Furness – Lanky guard saved his best for last, dropping 20 points in the final game of the day and intriguing local division I coaches.

Jerome Harris – His week of steady play continues with more shot making from the perimeter and his trademark bounce finishing plays at the rim.

Zaid Hearst – Major match-up problem because of his combination of size and strength in the backcourt which allows him to create for himself and others.

Ryan Romich – He has used the opening week of the live period to generate a steady list of followers throughout the remainder of the month.

Harrison Taggart – Who’s the young kid from New Hampshire was a popular question among college coaches…he’s actually from Vermont.

Jules Tavares – Nothing like making an appearance…he had a long list of on-looking coaches when arriving for his final game of the dya.

Zach Chionuma – Was so good earlier in the day that by the time the second game rolled around his work was already done.

Dennis Levene – Shot the ball very well in pick n’pop action while coaches also took notice of the bulked up physique from the high school season.

Deshawn Murphy – Was most impressive during skill breakdowns when he flew above the rim like few others in the gym were capable of doing.

Gabas Maldunas – Another solid performance left a handful of college coaches asking about the Holderness big man and determined to follow him for the rest of the summer.

Joe Mussachia – Long and skilled, Mussachia had a consistent following of NE-10 coaches throughout the day but spurred some d1 interest as well.

Imoh Silas – His offensive game is much improved with good dexterity around the rim and a well developed step-through move.

Markus Kennedy - Every high-major coach in the gym was front and center when Kennedy played and he also had maybe the highlight of the day going coast to coast for a dunk in transition.