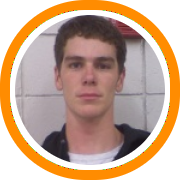 Thursday’s New England Elite 75 Showcase meant one thing for the players in attendance…opportunity.

The entire format of the showcase was designed with the intent of giving the players every opportunity to show the 40+ on-looking division I college coaches what they were capable of doing.

Initially players went through a series of intense drills to test their ball skills, specifically their shot and handle.

Next, players were divided by position and put through a series of 1 on 1 isolation drills.  The posts went at it from the block and the elbow, the forwards from the elbow and the wing, and the guards off the catch from the wing and then off the dribble at the top of the key.

After isolation work, players went through live 2 on 2 drills where they would both try to score in, and defend against, ball screen and dribble hand-off action.  Finally, these drills concluded with a 3 on 3 series emphasizing use of the down-screen and drive & kick action.

Ultimately, the goal of these competitive breakdown drills was twofold.  First, every player was given the opportunity to show what they could do on the offensive end.  Second, players were put in game situations so college coaches would have the chance to evaluate them under more relevant circumstances.

The day concluded with four game sets (two per player) and then culminated with two separate all-star games.

Naofall Folahan – He started slow but eventually became more effective as he did a great job of running the floor and finishing plays trailing the break.  Later in the day he tipped in some balls on the offensive glass and made one beautiful lefty jump hook.

Andre Drummond – It wouldn’t be a normal day without at least one big alley-oop finish and a couple of blocked shots.  His best move of the day came when posting big and then elevating over the defense for a soft turn-around jumper.

Ike Azotam – He welcomed one incoming NEPSAC forward to the region by crossing him up from the elbow and then extending to throw it down hard on his head.  All in all it was another very productive outing for him as he picked up right where he left off a day earlier.

Chris Fitzgerald – We keep waiting for him to stop making shots at such a rapid clip but it simply hasn’t happened yet.  He sunk everything that left his hand and it’s now pretty safe to say that division I schools will be watching for the rest of the summer to see if he can keep it up.

Josh Turner – Versatile, crafty, cerebral…all words to define Turner’s offensive attack.  When it’s all said and done he doesn’t beat you in just one way, he finds multiple ways to be productive during the course of the game.

Chris Evans – The more you see him the more you love his game.  He’s a pure winner who is strong as a bull and perhaps better at finishing against contact than any other swingman in the field, not to mention the fact that he also hit a decent number of jumpers.

Keegan Hyland – At this point we all know he makes shots, attacks close-outs, and has a high basketball I.Q.  What we were impressed with today was how high his motor was going and that he even took on more of a leadership role being vocal in the all-star game.

Austin Carroll – He couldn’t miss in his opening game as he knocked down open shot after open shot and then really got it going with some step back three-pointers.  His passing prowess was displayed later in the day, especially when coming off the ball screen.

Billy Baron – He was relentless attacking the defense as he utilized a quick wit and strong body to get himself in the right positions to make plays for himself and others.  He finished at the rim better than any guard in the field not named Evans.

Corey Wright Jr. – As effective of a dribble drive player as there was in the field, Wright couldn’t be kept out of the paint as he’s obviously playing with a lot of confidence right now.  He’s qualified for ’09 and claims offers from Niagara and VCU for the fall, although prep school is still an option.

Majok Majok – He didn’t get the touches to do more than finish at the rim offensively, but in the isolation breakdowns he showed fluid footwork and a nice array of low post moves and his disposal.  Once games started his biggest impact was on glass.

Theodore Boyomo – The big man has been putting a lot of miles on his legs these days but that didn’t stop him from continuing to rebound the ball in high volume, blocking his fair share of shots, and scoring with a soft touch over his left shoulder around the basket.

Melsahn Basabe – Dominant is the best word to describe his performance today as he did a little bit of everything.  He scored some on the block, faced up and made mid-range jumpers and created off the dribble, got second chance points with his quick second leap, and finished a number of plays above the rim.  Even Majok, one of the best defenders in the field, couldn’t slow his offensive onslaught.

Zach Auguste – He took a big step today as he showed, even though he’s far from a finished product, he’s already good enough to produce against the best the region has to offer.  He made 3’s, got to the rim, and even had a two-handed tip dunk trailing the break.   He’s also a legit 6’8”.

Alex Murphy – The fact that he led the all-star game in scoring was only appropriate after the complete day of work he turned in.  What differentiates him from the rest of the incredibly talented class of 2012 is that he’s not just a player with the potential to be dominant one day…he’s already dominant with his ability to change the game in so many different ways.

Deshawn Murphy – Ephraim McDowell used the word ‘warrior’ to describe Murphy’s performance last week at the Hoop Group Elite Camp and we would have to agree.  He’s relentless attacking the defense, going to the glass, and in virtually every other aspect of the game and coaches are taking notice.

Jordan Laguerre – He has a gear beyond most with a first step that might have been the best in the field and a very quick lift to either pull-up in the mid-range area or bounce to the rim before any shot blocker can begin to elevate.  He’s a lock up defender when he wants to be as well.

Steven Glowiak – Can you say break out?  He quickly caught coach’s attention by scoring 13 points in the first 3 minutes of his opening game (three 3’s and two lay-ups) and never let up as he barely missed throughout the day.

Freddie Wilson – He continues to take his game to new levels and attract more and more attention from college coaches in the process.  The last week couldn’t have gone much better for Wilson as he’s seized the opportunity to shine virtually every time out.

Anthony Ireland – One of the top two scoring point guards in the field hands down, Ireland has a lethal pull-up jumper from both the mid-range area and the top of the key.  But he’s also finishing better now as his body has added a noticeable layer of muscle.

Ryan Romich – He’s not a pure shooter but he’s as good in the deep corner as anyone, and today the defense didn’t take him away from his sweet spot and so Romich was content to drill the three ball from the corner pocket on a regular basis.  Also did well defensively and in the open floor.

Cedric Kuakumensah – Another youngster who showed the future is beginning now

Others That Stood Out

Mike Accaoui – Looked smoother than ever with ball in hands, got to rim and finished

Phil Gaetano – Might have been snubbed for the all-star game

Mark Elliss – Used bounce to finish, block, reb, and even score some on low block

Youri Dascy – Battled and finished inside.  Continues to improve at consistent rate.

Greg Kelley – Skill work was right up his alley

Jeremy Driscoll – Made most of opportunities and was quietly efficient

Isaiah Salafia – Transition and defensive end were his areas of expertise

Anthony Jernigan – No where he can’t get to with ball

Five Who Helped Themselves the Most

1.  Melsahn Basabe - 14 offers and counting
2.  Steve Glowiak - it's always good to catch fire with lots of coaches watching
3.  Zach Auguste - hopefully he uses this as a springboard
4.  Chris Evans - 1 offer by end with others said to be on way
5.  Chris Fitzgerald - legit d1 prospect after this week