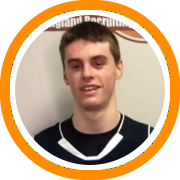 Early decision notifications went out last week and so that means a number of division III commitments have become official.

Here are the most recent additions to that list:

Joe Flannery, a six-foot-four post-graduate from the Taft School in Connecticut, will play at Babson College next year.  Flannery graduated from Acton-Boxborough before arriving at Taft and ran with the New England Storm on the AAU circuit.

A hard-nosed and versatile player, Flannery has developed into a dangerous three-point shooter with a complimenting pull-up game.  His impact exceeds his ability to score the ball though as he provides toughness and a variety of different intangibles.

Flannery becomes the second Taft prospect to commit in the class of 2013, joining senior Kade Kager, who signed with American during last month’s early signing period.

Fairfield Prep forward Tim Butala has committed to M.I.T. after receiving his acceptance letter, according to his AAU coach Dan Donnelly.

Butala starred with Donnelly’s Connecticut Basketball Club squad throughout the spring but missed the vast majority of the July live period due to injury.  Last year, he played a pivotal role on a Fairfield Prep team that advanced all the way to the finals of the CIAC state tournament.

Butala is a skilled big forward with the potential to play both inside and out.  He has the natural size, soft hands, and footwork to develop into a consistent low post prospect but is more comfortable facing the basket right now, where he can step out and stretch opposing defenses to the three-point line.

Another member of the CBC Donnelly AAU team finalized his plans this week as Jeff Racy’s commitment to Amherst became official.  The Ridgefield guard had shut down his recruitment months ago but didn’t receive his acceptance letter until earlier this week.

Racy had a breakout summer with the Connecticut Basketball Club, helping them to a strong showing in Philadelphia along with a run to the Sweet 16 of the AAU Nationals, while establishing himself as one of the premier three-point shooters in New England.

A six-foot-four swingman and deceptively good athlete, Racy is a classic late bloomer who should continue to blossom in the years to come.