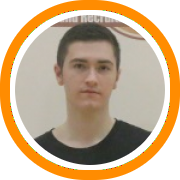 The 2016 Elite 75 Camp for rising 9th-11th graders kicked off on Saturday at Brandeis University.

The opening night of action included a skills session, first round of games and beginning of the camp's one-on-one contest. Before it was all said and done a number of players had managed to impress.

Malachi Hazelton, 6'4, 2020 - The nephew of McDonald's all American Scott Hazelton, Malachi looks to have a bright future too. He continues to develop a more consistent jumper which he displayed Saturday. With his length, handles, and athletic ability that gets him to the where he can finish strong, Hazelton is indeed one to watch.

Alex Batista, 5'11, 2020 and Daejon Pendleton, 5'11, 2020 - A pair of playmaing guards who are great floor generals, both Batista and Pendleton were as good as it got on Saturday in terms of making plays for themselves and their teammates.

Tyler Whitney-Sidney, 5'11, 2020 - He scores it with the best of them getting into the lane and finishing with a soft touch. As his game and his body continues to develop over the next few years, this
point guard should be one on coaches' radars.

Bobby Somers, 6'1, 2020 - One of the many standouts on day one, Somers showed that he could nail the 3 ball, make plays off the bounce, and and demonstrated bounce of his own by throwing down some dunks. A strong and high IQ player, his development over the next 4 years should be closely observed by coaches.

John Packard, 6'3, 2019 - Packard can score it with the best of them. On Saturday he was doing just that from all 3 ranges; it looks like his best basketball is ahead of him as he possessed tools he can continue to develop with his strong and athletic frame.

Willard Anderson, 6'1, 2018 - An athletic guard with good size, Anderson was making plays off the bounce and getting in the lane at high rate.

Chase Johnson, 6'5, 2018 - The athletic wing from upstate New York was attacking the lane ferociously, showing a nice array of moves to get to the rim and a nice secondary spin move en route to various finishes.

Devondre Edmonds 6'4, 2018 - A versatile forward with a powerful build, Edwards was finishing through contact and making plays around the rim but also showed the potential to extend his game onto the perimeter and grow into a mismatch problem.

Jack Potvin, 5'11, 2018 - Potvin is a fundamentally sound guard with good use of both hands who can get into the lane and convert off the glass with dexterity.

Matt Becker, 6-0, 2019 - A heady player with a high basketball I.Q., Becker was knocking down his three-ball with consistency and also showing some crafty ball-handling.

Torrence Samir, 6'2, 2019 - Samir has a tight handle that allowed him to make plays off the bounce not only for himself but other. At the rim he frequently finished with finesse and athleticism.

Graham Pierce 6'4, 2018 - An athletic wing who is always around the ball, Pierce makes plays on both ends with his quickness and jumping ability.

Pete Kapanides, 6'3, 2019 - The lefty is strong and physical and showed a soft touch from 17ft and in. Kapanides has good handles and is able to create for himself off the dribble.

Bryan Ciccio, 5'9, 2020 - Ciccio is a coach's dream. He is a heady guard who always brings his lunch pail to work. Ciccio did a great job of selflessly getting guys the ball In the right position.

Michael Rabinovich, 6'6, 2019 - As he continues to grow into his long thin frame, he has shown great potential. Rabinovich has soft hands and can handle the rock. He is an intriguing prospect that coaches need to watch through the coming years.

Christian Beck, 6'0, 2019 - A proficient guard who gets in the lane and makes plays for himself and others. Beck can score from all three ranges and is a very controlled, efficient player.

Matt Constant, 5'9, 2021 - He may be teh youngest kid at camp, but he didn't play like it.  Constant was one of the best floor generals out there. A high level passer with good timing and even some flair, he was one of the big storylines of the opening night.

Jack Anderson, 5'9, 2020- a heady guard who makes shots in bunches.MAnderson did a impressive job spacing himself in the open floor andhalf court setting.