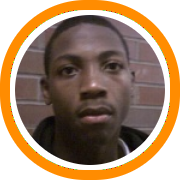 Dominique Langston says he knew he wanted to stay fairly close to home.  So when the opportunity came to join a program on the rise with a good academic support system and tremendous facilities he didn’t hesitate to pull the trigger.

The former Kolbe Cathedral star made a verbal commitment to Quinnipiac head coach Tom Moore on Wednesday while taking an unofficial visit to the school’s campus.

“I had my mind sort of set going up there today, but I wanted to get one more view of the school,” Langston told the New England Recruiting Report.  “Academics were my main priority and after meeting with the coaching staff and the academic support staff I felt real good about it.”

For Quinnipiac this is the latest, in what is turning out to be, a long line of recruiting victories.  Fresh off a tremendous 2009 class, the Bobcats are starting their 2010 group in style by landing a player with recruitment from several mid-major conferences.

Langston is a 6’3” guard with a powerful college ready body and very impressive athleticism.  Add to that a solid skill set including a good looking three-point stroke and the ability to get to the rim and finish, and it’s easy to see why he should be a player capable of making an immediate impact.

And Langston is only going to continue to get better over the next year as he’ll head to St. Thomas More for a post-graduate season before joining Quinnipiac  for the 2010-2011 season.