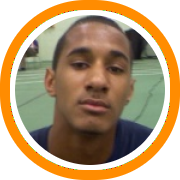 The first time event will feature six of the top high school teams in Connecticut in a triple header at Central Connecticut State University.

The event will kick off in dramatic fashion as East Catholic and Northwest Catholic bring their annual battle to a big state.  The heated rivalry, which has come to be known as the “Holy War”, features two teams who are both capable of challenging for CCC and state titles this year.  East Catholic is led by the three headed monster of Jerome Harris, B.J. Cardarelli, and Rohan Brown while Northwest futures talented upperclassmen like Julian Harris and Jordan Lewis to go with an equally talented group of youngsters led by sophomore Tyler Huffman and freshman sensation Kuran Iverson.

Anyone hoping to get a glimpse of this one better plan on arriving at Deitrick Gymnasium early as this game could very possibly fill the arena to its capacitiy.

The second contest features New Britain High School against Wilbur Cross High School.  The Hurricanes will be led by their one-two punch of Sacred Heart bound guard Steven Glowiak and future New Haven forward Darius Watson while Wilbrus Cross has a talented tandem of their own in juniors Gerald McClease and Alex Conaway.

The event’s nightcap features an intriguing battle between two Double L favorites.  SCC vs. CCC.  New Haven vs. Hartford.  Wilson vs. Jernigan.  Hillhouse vs. East Hartford.  Yes there will be a lot on the line as these two talented and well coaches teams match up.  Don’t expect this to be anything less than a well played and exciting game as both teams are led by arguably the two best junior guards in the state in Hillhouse’s Freddie Wilson and East Hartford’s Anthony Jernigan.  But it will be far from a one man show as East Hartford also features Jakarri McCallop, Jevon Williams, and Tim Washington with Hillhouse matching with Tavon Allen, Jengodji Gates, Spencer Smith, Brian Patterson, and Mike Barnes.

For more information on the Connecticut Hoops Challenge or to see interviews with all six head coaches visit www.cthoopschallenge.com.