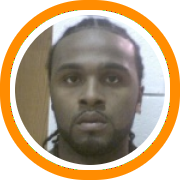 The Connecticut Top 50 Clinic is an annual event that brings together some of the state’s top players.  This year was no different as players like Tyrone Gardner, Adrian Satchell, Josh Turner, and a host of others were all on hand.  Here is a recap of some of the players who shined:

Charles Moreland, 6’1”, senior, guard, Weaver High School:  During the high school season Moreland is often forced to sacrifice some of his own offense for the good of the team as Tyrone Gardner often has the ball in his hands, but tonight he showed people what he could do when given the opportunity.  The talented senior attacked the basket at will and wowed the crowd with a series of impressive spin moves in the lane, often leading to easy lay-ins.

Josh Turner, 6’5”, sophomore, guard, Sacred Heart High School:  To Turner’s credit he wasn’t forcing the action on Wednesday night.  Instead he was content to get other people involved and take his own shot when the opportunity presented itself.  But he seems to have grown into his body quite a bit in the last year and is definitely one of the regions top players in the class of 2010.

Steven Samuels, 6’4”, junior, guard, Windsor High School:  The talented guard was outstanding in the open floor tonight as he attacked the rim and created for himself and his teammates.  Additionally, he has also grown another two inches in the last year which will only help his recruiting status.  He and Satchell will make an excellent 1-2 punch for Windsor for the next two years.

TJ McKiver, 6’5”, junior, power forward, Hillhouse High School:  McKiver continued to show his ability to score around the bucket tonight.  Whenever he got the ball with his back to the basket it was almost a guaranteed bucket as McKiver appears ready to step into an increased role with two time defending state champions Hillhouse.

Tyrone Gardner, 6’0”, junior, point guard, Weaver High School:  The best player in the building hands down.  We still haven’t found anyone who can consistently stop him.  He was just toying with people tonight as he was head and shoulders above the majority of the competition.

Vic Anderson, 6’4”, junior, small forward, Wethersfield High School:  Anderson threw down some of the evening’s most powerful dunks and also showed an improved right hand.  After a disappointing sophomore season Anderson appears headed in the right direction and should team with P.J. Santavenere to give Wethersfield a tough one-two punch this season.

Greg DeSantis, 5’10”, junior, guard, Notre Dame High School (Fairfield):  DeSantis continues to impress with his high basketball I.Q. and versatile skill set.  If that weren’t enough he has built up his body and developed a toughness about him that should make him a big success in his first season at Notre Dame of Fairfield.

Jeremi Johnson, 6’4”, senior, guard/forward, Wilby High School:  Johnson transfers to Wilby High School after attending Cheshire Academy.  On Wednesday night he showed the ability to create his own shot off the dribble, especially in the open floor, in addition to the athleticism to finish above the rim.

Greg Langston, 6’3”, junior, shooting guard, St. Joseph’s High School:  Langston didn’t get too many touches in the open runs, but when he did he made them count.  He made excellent decisions on virtually every possession while continuing to show his athleticism and shooting touch from the perimeter.

Drew Billington, 5’9”, senior, point guard, Fairfield Ludlowe High School:  Billington is not the type of player who is going to wow you in a showcase type atmosphere…unless you are a coach.  And several of the college coaches in attendance noticed Billington’s excellent understanding of the game and ability to run a team.

Nick Gerrity, 6’4”, senior, guard, St. Joseph’s High School:  Gerrity is another player whose game isn’t suited to stand out in a showcase setting.  Nevertheless, he can play either guard position, has great size for the backcourt, and a versatile skill set that will make him very intriguing to college coaches.

Kendall Grooms, 6’3”, sophomore, shooting guard, Hyde Leadership Academy:  Last season Grooms was the only freshman to start varsity in the ten years that Head Coach Stephen Jefferson has run the Hyde program.  On Wednesday night Grooms showed some flashes as he created off the dribble at will and both scored himself and found teammates for open shots.

Cornelius Brown, 6’6”, senior, small forward, Harding High School:  Brown is a perimeter player with tremendous size who can beat his defender in a number of ways.  He scored off the dribble, by knocking down open shots from the perimeter, and by bringing his smaller defender down to the block.

Adrian Satchell, 6’5”, junior, forward, Windsor High School:  Satchell seems to have picked up right where he left off this summer as he continued to display a very versatile skill set.  He has gotten much better since the last high school season and the rest of the CCC better be ready for him this year.

Steven Glowiak, 5’10, sophomore, point guard, Berlin High School:  Glowiak continued to show his outside shooting prowess while also making some excellent passes in the open floor.  He should be looking at an increased role at Berlin High School this year with a brand new head coach on board.

Laquan Mendenhall, 5’8”, sophomore, point guard, Harding High School:  Mendenhall utilized his superior quickness and handle to create off the bounce whenever given the opportunity.  He also has excellent court vision and even surprised some of his teammates with his ability to find people all over the floor.

Chaz Stewart, 6’0”, senior, guard, Hillhouse High School:  Stewart was probably the most effective on the ball defender in the building on Wednesday night as he harassed opposing point guards throughout the night.  He was also impressive on the offensive end as he goes strong to the rim and is capable of finishing while taking a hit.

Andrew Victoria, 6’7”, junior, center, Notre Dame High School (Fairfield):  Victoria is much improved since last season after growing three inches and improving his conditioning.  Other then TJ McKiver, he was the only other player we saw who was able to get anything done with his back to the basket.