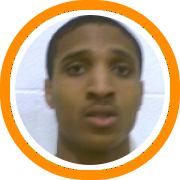 There are no big surprises in the class of 2008 as John Riek, Devin Ebanks, and Emmanuel Negedu are firmly locked into the top three spots.  Terrence Jennings and Isaiah Thomas round out the top five, followed by Kimmie English, Anthony Crater, Melquan Bolding, David Gibbs, and Allan Chaney.

It is interesting to note that many of the top ranked players are off the board.  In fact, Riek (who is widely expected to head straight to the NBA), #15 Twany Beckham, and #19 Larry Anderson are the only players in the top 20 still available.  So while there are clearly still a variety of talented players available to mid and low major level programs, if you are a high major college coach looking for a steal, you’re a little late.

Alex Oriakhi and Erik Murphy sit atop 2009.  While we opted to stay with Oriakhi in the top spot based on his long term potential, Murphy also makes a strong case.  Ultimately, both players are bound for successful careers at the high major levels.  Three other players with high major potential round out the top five in Jin Soo Kim, Jamal Coombs, and Tyrone Gardner.

2010 was by far the most difficult class to rank.  While Dion Waiters sits comfortably in the top spot, it is simply too hard to separate Phil Pressey, Nate Lubick, Jason Morris, and Nadir Tharpe given their unique positions and styles of play.

Erik’s little brother Alex Murphy gets top billing in the class of 2011 as he may have more long term potential than any other player.  Close behind are Anthony Jernigan, a super quick point guard from East Hartford, and Joe Sharkey, who may be the class’ best player at this point in time.

Be sure to check back throughout the year as we will continue to update and expand our rankings.