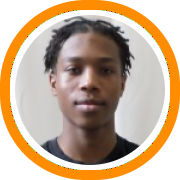 The inaugural Coaches vs. Cancer Classic featured an exciting triple-header on Friday night. With representatives from the American Cancer Society on hand the event featured the “Wall of Hope,” pink warm-ups for all players provided by EbLens, Suits and Sneakers by all six coaching staffs and even pink shoe-laces for the players.

Here’s a recap of the action:

Pingree brought an 8 point lead into halftime and seemed on the verge on pulling away mid-way through the second until Hyde came storming back and battled all the way to the very last horn. Point guard Jeff Olivieria earned Most Outstanding Player honors after locking down on the defensive end and running the show offensively. Griffin Beal and Justin Assad paced a balanced offense with 16 and 14 points respectively while Alonzo Jackson had a double-double in the paint with 14 points and 10 rebounds. Miguel Prieto was the Player of the Game for Hyde as he led the 2nd half offensive onslaught with a series of drives and jumpers alike.

The Gators held a narrow lead mid-way through the second but St. Luke’s refused to go away and continued to shrink the deficit throughout the final minutes until they were able to take the lead at the two minute mark. The junior tandem of Walter Wright and Joel Boyce made a series of high level plays down the stretch of the game. White finished with a team high 14 points including several tough interior drives while Boyce put his name on the map as a new name to watch in the class of 2017. Sophomore point guard Jonas Harper was limited to 7 points but did a great job distributing the ball, both off the bounce and in the open floor. Mark Gasperini led Brimmer with 14 points while Isaiah Fontaine was a major factor on the defensive end with his shot-blocking. Junior point guard JuQuan Mills contributed ten points as well.

With a young, but nonetheless deep and talented, squad Brooks was very impressive in Friday’s nightcap. Tamenang Choh was catching lobs and asserting himself in the paint to the tune of 20 points while frontcourt mate Fru Che put in 14 of his own to help Brooks dominate the interior. Ikenna Ndugba scored 8 points but was running the show from start to finish while talented youngsters like Keigan Kerby, Jacob Iwowo and Brian Wright-Kinsey all showed clear upside as well. Canterbury was playing short-handed with Shawn Montague still suffering the effects of a concussion, yet he still landed his latest division I offer from Bryant at night’s end. DeAnte Bruton, who has been on a tear to start his post-graduate season with a pair of 30 point games, was clearly fatigued but still led the team with 16 points.

St. Luke's survives 52-51. Walter Whyte is the Player of the Game. pic.twitter.com/DXO1wrctjQ

American bound big man Mark Gasperini is the Player of the Game for @BMgatorhoops pic.twitter.com/XSGEWs7rM5

DeAnte Bruton was the Player of the Game last night for Canterbury. Heard from San Diego & Bryant after the game. pic.twitter.com/Pp0LxbDXNW