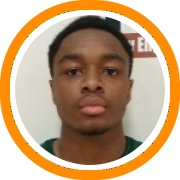 Brooks School forward and Mass Rivals product Tamenang Choh made a verbal commitment to Brown earlier this week before announcing his decision via his twitter account on Thursday.

Proud to say I'm committing to Brown University. Thank you to all those who've helped me along the way. God is good! pic.twitter.com/4iRJonULiZ

"I chose Brown because of the amazing coaches they have," Choh told the New England Recruiting Report. "They were easy to connect with and made it clear to me how they would help my game develop. I also considered Brown to be the ideal place to prepare me for life after basketball."

Choh is coming off a big summer with the Mass Rivals in which he helped them to a perfect 21-0 tournament record in the month of July and four different championships including both the Adidas Gauntlet Finale and the Adidas Summer Championships in Las Vegas.

In that time he stood out as a high level athlete and ultra-versatile defender who could literally guard all five positions on the floor. He competes with a high motor, plays bigger than his size around the rim, provides undeniably toughness and has continued to expand his skill set facing the basket.

Choh joins Azar Swain (Yale) as the second member of the Rivals' 2017 class to commit to both a division I and Ivy League school.