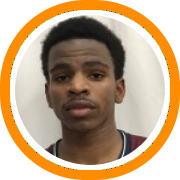 Allen is originally from North Carolina and he signed with N.C. State during November's early signing period but requested a release following Mark Gottfreid's firing as the program's head earlier this spring.

He received attention from numerous high-major schools in recent weeks, including programs from the very highest level, but announced his commitment for Nebraska via his twitter account on Friday.

Allen is coming off a huge season for the Bobcats in which he was named NEPSAC Class AAA MVP while helping to lead Brewster to their first perfect season in program history including both the NEPSAC and National Championships.

The shot-making combo-guard also played his way into the final ESPN 100 by virtue of his strong season. He becomes the fifth member of Brewster's 2017 class to commit to a high-major school as Jason Smith's program is sending players on to Providence, Florida, Purdue, Georgia Tech, and Nebraska among others this year.