Boys 2 Men on the Be Seen Tour 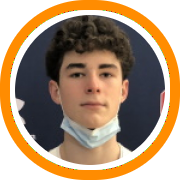 After completing a succesful first season on the ZGXL, capped by a trip to Orlando last week, the Long Island based Boys 2 Men program is headed to Springfield this week for the second installment of the recruiting period before capping it all off in Las Vegas.

They are led by Aaron Talbert, a highly talented guard who is both skilled creating his own offense with a polished handle and deep shooting range, but also able to create for his teammates. Talbert is a two-way player and known for his prowess on the defensive end of the floor as well. He's just the tip of the iceberg when it comes to a deep backcourt though.

Khalil London is a three-range scorer who can get hot in a hurry with his jumper. He's explosive and crafty going downhill while Declan McIntyre is another versatile scorer in the backcourt, who is also especially dangerous in transition and a good defender to match.

Malcolm Jefferson is an ultra-versatile weapon at 6-foot-4 who can handle, pass, rebound, and guard four different positions on the floor. Gerrard Beauburn plays with a high motor, good athleticism, and is active on both ends of the floor while Albert Knaus is another potent shot-maker, quality finisher, and high I.Q. player.

Check out some of their highlights from the recent ZGXL below.

Aaron Talbert is one of the best kept secrets in the northeast!

.@LIB2MBBALL has another skilled, scoring guard who has been torching the nets this spring.