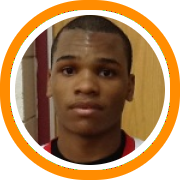 An All-League selection in the Catholic Central Conference in just his sophomore season, Luoni has had a long and decorated high school career.  Most recently, he was named a First-Team All-Star by the Salem News along with AAU teammates Nick Cross and Johnnie Spears.

“I’m truly proud of what Dom has accomplished over his basketball career and I'm happy for him as he is a great person and student-athlete on and off the court” said Coach Bennett, Founder and Director of EVOLUTION Basketball. “I had the opportunity to coach him and some very talented kids in class of 2014, and wish them all the best at the next level!”

The six-foot-two swingman and senior captain is averaging over 15 points per game while leading the Crusaders back to the MIAA state tournament under first year head coach John Preziosa.