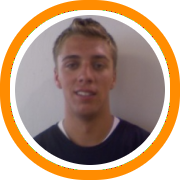 Harvard University has quickly become the recruiting darling of the Ivy League.  Their most significant splash came last year when Kyle Casey spurned Atlantic 10 offers and high major interest in order earn a Harvard degree and attempt to lead the Crimson to the NCAA tournament.

This summer Harvard only furthered their position on the national recruiting scene by landing another local impact player in NMH’er and Rhode Island native Matt Brown while also proving to be legitimate contenders for consensus high major prospects like Rod Odom and Dwight Powell.

This weekend Harvard is hosting five players who all have the ability to be immediate impact performers in the Ivy League.  Brown, Odom, and Powell will all be on campus this weekend in addition to Austin Carroll and Majok Majok.  While Brown may already be committed, Harvard is competing against high major schools for all four of their other visitors.

Odom took an official visit to the University of Arizona last week and reportedly has a list that also includes Boston College, West Virginia, and Vanderbilt.  He had previously earned scholarship offers from schools including Louisville, UConn, Oklahoma State, Georgia Tech, and others.

Powell, a Canadian native who stars at IMG Academy in Florida during the school season, cut his list to Harvard, Stanford, and Georgia Tech in August, ruling out other schools that had showed interest including Virginia, Vanderbilt, and California.

Carroll, who is currently in his post-graduate season at Brewster Academy, has two visits set up thus far; Harvard and Rutgers, as the Crimson appear to be going head to head with the Big East for the services of the court savvy sniper.

Finally, Harvard has been considered the front runner for Majok since this summer.  There has been a lot of misinformation floating around the internet about the big man’s recruitment in recent weeks but he has a legitimate offer on the table from Alabama with additional interest from the likes of Providence, Virginia, Georgia Tech, and Notre Dame.

Simply getting four uncommitted players of this caliber on campus at the same time is a coup in and of itself for any high major school.  If Harvard is able to land even a single commitment from one of these four players it would be another great recruiting victory.  If they were ever able to keep these five players together for the next five years…the Ivy League may have a new powerhouse.