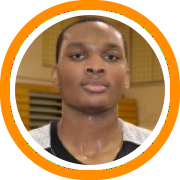 In the fifth of a six-part series, the New England Recruiting Report starts to break down some of the best prospects left on the board in the class of 2016.
Our forward category extends to any frontcourt player who isn’t a true big man but not quite a full time wing either. Typically that means multi-positional players who can impact the game in various ways both around the paint as well as facing the basket.

Taurean Thompson, Brewster Academy – Arguably New England’s most heavily recruited prospect left on the board, Thompson just picked up an offer from Kansas to go along with Syracuse, Providence, Seton Hall and Georgetown. He projects as a four-man at the next level.

Maxime Boursiquot, Kent – He’s most naturally suited for the wing but has the power and physicality to play either forward position. His motor and toughness are his calling cards but he also offers extremely long arms as well, making him a gifted defender.

Sammy Friday, St. Andrew’s – A post-graduate from Hudson Catholic in New Jersey, Friday has continued to make nice strides in his extra year. He’s always had a good frame and upside on the interior but his face-up skill has been the most pleasant surprise this season.

James Wells, Worcester Academy – The Vermont native has improved by leaps and bounds in the last two years and so while he may still end up in a high academic division III league, he’s certainly proven himself to be a scholarship level player.

Opong Bramble, MacDuffie – He’s strong with good feet and a high motor. When he buys into being an undersized four-man he looks like a guy who could be a D1 sleeper, but becomes less effective when trying to prove that he’s a big wing.

Chris Hudson, Williston Northampton – The Maine native is a role player extraordinaire who has drastically improved in the last two years. The lefty is a good three-point shooter and floor spacer, willing ball mover, hard worker and high character teammate.

Stefan Radosavljevic, Lee Academy – A skilled 6-foot-10 big man who can space opposing defenses out to the arc or score over smaller defenders inside the lane, Radosavljevic is still in his first year in the U.S. but making consistent strides adjusting to the American game.

Baris Ulker, Winchendon – A native of Turkey who has now spent multiple years in the prep ranks, Ulker is a skilled forward who can shoot the three, mid-range pull-up or post-up while handling the ball well enough to even play some point guard for Winchendon this year.

Ludvig Swanstrom, Taft – A post-graduate from Sweden, Swanstrom is skilled across the board in terms of his ability to handle, pass and shoot the basketball but his best attribute might be his basketball I.Q. and willingness to move the ball.

Maurice Brown, Bridgton Academy – A jack of all trades with a ton of winning intangibles, Brown is strong with a high motor inside. He competes, rebounds, wins loose balls, makes his fair share of open shots and can play (and defend) multiple positions.

David Reynolds, Northfield Mount Hermon – Another guy whose skill and I.Q. are his calling cards, Reynolds is a post-graduate from North Carolina who is going to be a fit in offensive structure because he passes well, makes open shots and knows how to play.

Ty Dalton, South Kent – He’s also heady and able to knock down open shots, but his versatility may be his calling card more than most on this list. He’s naturally more of a wing but he can plug just about any hole on the offensive end and consequently fit in with various line-ups.