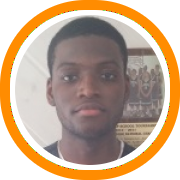 In the third of a six-part series, the New England Recruiting Report starts to break down some of the best prospects left on the board in the class of 2016.

We’ve already examined the top point-guards and shooters left on the board, now it’s time to wrap-up the perimeter with combo-guards.

A “combo” is a guard that can play either on or off the ball. They’re not pure point guards, but they’re capable of playing the position in a pinch or may even be in the process of transitioning from the “two” to the “one.” They’re also typically better ball-handlers and play-makers than traditional shooting guards, and thus their versatility is among their best attributes.

Who are some of the best left on the board in New England’s 2016 class? Here’s ten names to know:

Ian Sistare, Northfield Mount Hermon (MA) – There are few players who have had bigger senior seasons in New England. The New Hampshire native has been a mainstay of the NMH program over the years and this season he’s emerged as a critical leader for an otherwise young team, putting up huge numbers in the process.

Danny Evans, Phillips Academy Andover (MA) – A post-graduate from England, Evans’ presence has helped to make this one of the better Andover teams in recent memory. A big guard, and true combo, who is an exceptional passer with a high basketball I.Q. but also a consistent shooting threat from behind the arc.

Sergio El Darwich, Lee Academy (ME) – El Darwich is cut from a similar cloth in that he’s an international product who distinguishes himself with his size, skill and basketball acumen. He’s been in New England for two seasons now and has seen his game go to new levels in that time. His poise and ability to dictate his own tempo is one of his trademarks.

Jamaal David, Williston Northampton (MA) – Once a lanky wing who is now transitioning into a big guard, David has shown increasing flashes of his high ceiling during his post-graduate year at Williston Northampton. His size and length is extremely difficult to duplicate in the backcourt while he also possesses some instinctive playmaking ability.

Brett Hanson, Tilton (NH) – Speaking of playmakers, there are few guys on this list who make things happen on both ends of the floor with more frequency than Hanson. A New Hampshire native who has proven his ability to both score the ball as well as generate steals on the defensive end, Hanson has done it both at the prep level as well as on the EYBL circuit.

Tyson Batiste, Notre Dame Prep (MA) – He’s New England’s version of Eric Snow. The big and versatile guard who can play next to undersized scorers and make it work on both ends of the floor. He’s content to play off the ball, yet still able to be a distributor and calming influence. Defensively, he has the size to check multiple positions, and the fact that he’s left-handed doesn’t hurt either.

Elijah Bailey, Hotchkiss (CT) – A post-graduate from one of New York’s most prestigious high school programs, Long Island Lutheran, Bailey has been taking New England by storm this season, especially in recent weeks, as he’s put up huge numbers for Hotchkiss. Well-built with a strong body and the ability to score in bunches, he seems to drop bigger numbers with each passing game.

Canaan Bartley, St. Thomas More (CT) – A talented guard who sometimes gets a little overshadowed on a deep and talented Chancellors’ team that could have as many as 10 D1 players this year, Bartley is an impact player on both ends of the floor. Quick and wiry, he has the tools to harass people defensively while also creating his own shot offensively.

Keith Brown, Pelham HS (NH) – After making a name for himself among New England’s best during the spring AAU season, Pelham’s dominance in the NHIAA was painfully obvious from the first few games of his senior season. He’s a powerful guard who can also make shots in bunches from long range and has earned every bit of his success with hard work.

KeAndre Fair, Weaver HS (CT) – His reputation was well intact before he even arrived at the high school level, while all he’s done at Weaver is win every championship possible. Now the longtime CBC product offers a player who is experienced, a proven winner and is capable of beating you with the long ball or off the bounce.

Elijah Campbell, Bridgton Academy (ME) – An intriguing prospect who first arrived in Southern Maine this year, Campbell possesses both quality physical tools for the backcourt as well as the ability to get from point A to point B in a straight line off the bounce. Add in a competitive spirit, and his ceiling may be as a big point guard.