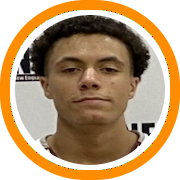 Year in and year out, Worcester Academy is one of the top programs in Class AA of the NEPSAC.

So while the 2020-21 season was the end of an era of sorts – with Josh Ogundele, Quest Harris, Judson Martindale, and Mike Rabinovich all graduating – head coach Jamie Sullivan had his program ready to contend again this year with a new young core that is now poised to grow together for the next few years.

The sophomore class – featuring the likes of TJ Power and Tre Norman among others – is one of the absolute best in New England.

The task of providing leadership to an otherwise young group though fell on a four-man senior class led by Jhamyl Fricas. A two-sport star, Fricas began to emerge in a big way on the hardwood last year, and has only continued to take his game to new levels since. He’s a high-level athlete with a strong body and has diversified his offensive attack to be able to score in numerous ways in the last 18 months.

Leo Chaikin, is another program veteran. The Vermont native is equally explosive athletically, with pace to match his vertical explosiveness. While he’s a highlight reel waiting to happen offensively, he can also distinguish himself defensively, and has simultaneously grow into a leader here, as shown by the fact that his teammates elected him captain alongside Fricas.

Kyle Rizy is another two-sport star, and while his future lies on the baseball diamond, he’s nonetheless an asset to the basketball program with his size and experience.

Abdi Mohamed is in his first year with the varsity program. He comes from a school in Somaliland established by WA alum Jonathan Starr and is not only an outstanding student, but a terrific teammate who brings energy and enthusiasm every day.

In the class of 2022, Abdullah Mahamed is the most notable returner. He appears to have grown an inch since last year, while simultaneously bulking up physically, and has a reputation for being one of the highest character prospects around. He was out with injury when we visited but already has D1 offers to his name.

The junior who has made the biggest jump this year in Dan Becil. He’s led the team in scoring this winter including a 28-point performance against Williston Northampton (14 in overtime) and 25 on the road at Winchendon. He’s always been strong and tough, but the progression of his guard skills along with his scoring, have been most notable recently.

Other returners in the class include a pair of multi-sport athletes in Gabe Pitts and Matt Grniet, who double in baseball and football respectively. Pitts is a good athlete with end-to-end speed while Grniet is a smart and heady guard.

Jack Taylor is a Virginia native in his first year with the program and he’s a prospect bound to make a name for himself in the near future. He has good size at 6-foot-6, is skilled and competitive, and has the requite length and athleticism to intrigue D1 coaches in the coming months.

Then the sophomores…loaded as advertised. It starts with the dynamic duo. Power is in his first year here after transferring from nearby St. John’s High School. He’s skilled, fluid, athletic, 6-foot-9, and ambidextrous is a Ben Simmons type of way (and no that’s much different as claiming he is as talented as Simmons). Norman is the team’s alpha dog. He’s powerful from head-to-toe, aggressive, and already asserting himself as a leader here. He’s also maybe the most competitive player here and “wins everything” according to the coaches.

There is depth to this group as well though. Kayvaun Mulready has early D1 offers of his own. He’s been on a mission in the weight room and it shows, as he is still just 15 years old but already bulldozing opposing guards. He has good instincts and impacts the game in a ton of ways, on both ends of the floor.
Mavrick Rizy is another very talented prospect in the class. Kyle’s younger brother also stars on the baseball diamond, but he’s already producing on the hardwood as well, using his size and quick released jump hooks in the lane to make his mark. Sophomore Wes Larson is in his first year on varsity. He’s a hard-worker and great teammate with a solid shooting stroke.

The best shooter on the team though may be freshman guard Jake Blackburn. A legacy in the program, but one who is plenty capable of earning his own spot, Blackburn has a fluid and pure release along with an early skill-set and foundation sound game.

Fellow freshman Dylan Cote has an equally bright future as the 6-foot-6 forward already shows inside-out tools and is only just beginning to grow into his frame.

The other person deserving of praise here is Sullivan’s righthand man and longtime assistant coach Dan Sullivan, who has grown into one of the most capable and accomplished lieutenants in all of the NEPSAC and more than ready to run his own program.

In there lies probably the greatest achievement of head coach Jamie Sullivan…the development of all those around him – from his coaches to his players, it is always about more than just wins and losses here, although that certainly seems to take care of itself.