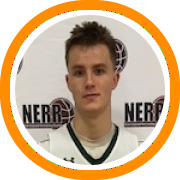 The 2019-20 season was supposed to be a rebuilding year for the New Hampton School.

Andrew Gale was a first-year head coach, just 26 years old and inheriting a roster that was, at least on paper, not as talented as many of the Husky teams we’ve seen over the years.

Two months into the season and things were going about as expected. New Hampton was 8-8. They were battling, but just a little under-manned under the brightest of lights.

Even in those moments of adversity though, there were encouraging signs.

First and foremost, Gale was not your average inexperienced head coach. There were no excuses. His young team was never coddled or enabled. They were held accountable…and taught to compete.

And compete they did.

They finished the regular season by winning 13 of their last 17 games and then scored consecutive wins over Northfield Mount Hermon and Brewster Academy to win the program’s first NEPSAC championship since 2002.

And when the team thrived so too did their individual prospects as three different unsigned seniors went on to earn full athletic scholarships following their post-season run while others went on to play at prestigious academic institutions like Amherst, University of Chicago, and RPI among others.

Perhaps the biggest individual standout though was sophomore forward Alex Karaban, who exceeded all expectations in his first season in the NEPSAC and seemed to drop 20+ points virtually every time he took the full.

Karaban is back this year and ready to take on a leadership role. Not just because of the ease with which he can score the ball or because of his basketball I.Q., but because he’s become more confident, verbal, and leads by example in the way in which he’s unwilling to take any short-cuts.

The other returning leader is senior Evan Guillory. Last year, he was a powerful jack of all trades, who would infuse energy onto the game with his physicality and high-motor. While that’s still the case, he’s more ready to play a leading role offensively while continuing to set the tone for the team defensively.

Also back is junior guard Kyle Hicks, who will be counted on to take a step forward this year. Hicks has a terrific frame for the game with good perimeter size, broad shoulders, long arms, and a strong body. He’s also worked to develop his skill-set over the years and should have an opportunity to show what he can do with the ball this year.

There are significant additions along the frontline beginning with Makai Richards, a 6-foot-9 southpaw big man who should be the early favorite to be the team’s starting center. The Los Angeles native has good size, agile feet, and soft touch with his best basketball still in front of him.

Post-graduate forward Peter Lash may be the team’s best shooter from day one. He’s 6-foot-6, skilled, and extremely sound in everything he does with the ball, but definitely most dangerous from behind the three-point line.

One local product that has exceeded expectations thus far is Jensen Daly. The Vermont native was totally unproven against quality competition but has come in and made a quick impression with his versatility, quick instincts, and high basketball I.Q.

In the backcourt, Bryce Walker provides a quick playmaker on both ends of the floor. He’s got burst off the bounce but should also be capable of being one of the team’s best defenders. Elijah Mark comes to New Hampshire from the Bronx and has similarly impressive physical gifts that should allow him to compete from day one. Primo Belfiore is a senior from Los Angeles who played his way up from the program’s second team last year and provides a hard-playing spot-up shooter.

With Karaban and Hicks both still being just juniors, New Hampton’s youth remains a defining feature this year. That duo is joined by Juju Ramirez a 6-foot-8 forward from Lawrence, Kansas who is a true junior with a lot of potential thanks to his combination of size and budding skill. Joe DuBrul is a skilled forward from Vermont with good size and high I.Q.

The youngster of the group is Caleb Middleton, the 6-foot-9 young big man from nearby Dover, New Hampshire who we profiled early this summer when we visited Undivided Basketball Club. While it remains to be seen just how much Middletown will be capable of helping this year, his tools are undeniable as too is the fact that he’s being pushed on a daily basis now.

Sequals are rarely better than originals, and after what Andrew Gale and his program achieved last year, the bar is set very high. Regardless of whether or not championships are won this year, the model has been clearly established and there is compete buy-in with guys like Karaban and Guillory leading the way. These guys are going to play the right way, learn the game, compete, and not make excuses. Whether they’re 8-8 or NEPSAC championships…