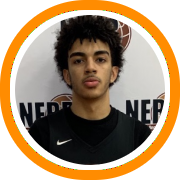 Raphael Chillious has returned to the South Kent School!

The man who started the program back in 2003 and spent five years establishing it as one of the most talented prep teams in the country returned to South Kent this summer to rebuild his original creation.

And even amidst a global pandemic, his impact is already being felt.

The Cardinals boast their most talented roster in recent years, with prospects for every level of college basketball, ranging across multiple classes.

While his ability to recruit talent has been a staple of Chillious’ resume for over two decades now, the program is fixated on three main priorities on a day-to-day basis.

They’re adopting a “blue-collar” mentality and striving to roll-up their sleeves and play with an abundance of grit.

The individual development of their student-athletes is a top priority, all within the context of a team-first environment.

Stylistically, they want to play fast, defend relentlessly, share the ball, and space the floor with their three-point shooting.

The progression of those values has been apparent over the course of the last six months, albeit with a prolonged winter break in the middle, as all 19 players on the roster have made clear strides while the collective group is learning and playing a brand of basketball that translates to the next level.

Nazir Williams is already committed to Cornell. A New York native who played his high school basketball at St. Joseph’s Montvale in New Jersey, Williams is a pure scorer who has learned to polish his arsenal and be a threat at all three levels this year while simultaneously building up his body.

While he’s currently the only player committed to a D1 school, there are numerous others being actively recruited at that level.

Osei Price, a post-graduate from the Miami area, has probably been, perhaps, the team’s most consistent player this year. A 6-foot-6 wing and high-academic student, Price is a knockdown shooter from behind the three-point line who has sculpted his physique and taken his athleticism to new levels this year.

He’s certainly not alone in his ability to make shots. In fact, this is one of the best shooting teams we’ve seen all year. Jordan Gainey, the son of Marquette associate head coach Justin Gainey, is a driller from behind the three-point line with a pull-up game to match. He’s also got some natural physical tools and consequent untapped upside on both ends of the floor.

Jake Hlywiak is another knockdown shooter with good perimeter size at 6-foot-4. He’s virtually automatic in rhythm and while his game has a clear niche, he’s solid across the board with a very efficient floor game and college ready body to match. Aidan Dagostino shoots it too, and is also capable of playing on or off the ball, and small colleges should be recruiting him right away.

Luke Stankavage, a post-grad from North Carolina, is another very good outside shooter, but he’s also probably the most versatile guard on the team. He too has good size at 6-foot-4 and can play all three perimeter positions. He’s run the show from the point guard position without any trouble and is also one of the toughest competitors on the team.

Cameron Schainfeld and Jordan Brown are the two true point guards on the roster. Schainfeld, who previously starred at Dexter Southfield, had proven in the past that he knew how to create and put points on the board, but he’s learned how to run a team here. Brown was already well-schooled in that role coming from Bishop O’Connell in Virginia, where he learned all the intricacies of being a true floor general. Samuel Kit is making significant strides playing alongside this level of competition on a daily basis in his first season from Hong Kong.

In the frontcourt, there is a trio of unsigned 2021 prospects who warrant scholarship caliber recruitment. Jayden Doyle is an athletic wing who arrived with several D1 offers already to his name after a breakout summer playing grassroots basketball. He thrives in the open court, has versatile defensive potential, but is now learning how to let motor maximize his physical gifts here.

New Hampshire native Matt McCool is a true senior who also has a D1 offer to his name. Versatility is his calling card, especially at his size, as he can do a little bit of everything on the basketball court – make shots, put the ball on the floor, be a heady passer in structure, rebound, and defend. Unfortunately, he’s currently out of the line-up after taking a nasty blow to the head.

Chika Nduka, a post-grad from the Seattle area, is another highly versatile piece up front. He’s 6-foot-6-plus and has a naturally strong body to bang inside, but can also really handle the ball, so he provides unique value to this team with his ability to take it off the glass and start the break.

The Cardinals also feature five players in the class of 2022 who will all be returning next year. Mike Rogan may be the best shooter on the team (and that’s saying something with this group). He’s a true senior who looks like a D1 player right now, but has improved so rapidly in recent months that he’s set to return next year.

Andre Johnson Jr. is an instinctive scorer with a knack for putting the ball in the basket, who is here to build-up his body and learn to pick his spots. Jadyn Green, Keandre Johnson, and Blake Macklin (the son of former UConn guard Oliver Macklin) are three more local Connecticut products who are all getting to cut their teeth daily against this level of competition, and benefitting because of it.

The two true underclassmen on the team are Papa Kante, a 6-foot-10 sophomore big man, and Adonis Lafleur, a 6-foot-3 freshman guard. Kante is the best long-term prospect on the team. He has a powerful frame, clear upside and physical gifts, but also good face-up skill at this early stage. Lafleur is the son of former UConn and Providence assistant coach Andre Lafleur, and a talented young guard with good size who should emerge in the coming years.

From top to bottom, Chillious has rebuilt the roster in only a matter of months. More than that though, he’s building a program that doesn’t just have talent for the next level but the foundation of daily principles and accountability.