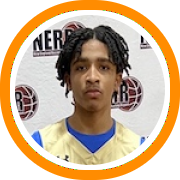 When Trinity Catholic High School closed its doors last year, it left head coach Brian Kriftcher and two of the best rising seniors in the CIAC, Akim Joseph and Rassoul Abakar, looking for a new home.

Together, that trio has now arrived at Notre Dame High School in Fairfield, bringing with them a new era of basketball.

The impact has been obvious as the Lancers won their first four games of the season, already matching the program’s win total from a year ago.

Unfortunately, that momentum was temporary halted when a member of the basketball community tested positive for COVID almost two weeks ago.

Now though, they’re set to return to action this week and ready to pick-up right where they left off.

Joseph and Abakar make a devasting tandem. The former is one of the most versatile scorers in the area. He’s gotten himself into the best shape of his career, is playing with newfound levels of athleticism, but is as capable of making threes or pull-ups as he is attacking the rim.

The latter is just loaded with upside. You don’t find many athletes in the state association who can match his size, fluidity, and naturally soft touch. He runs gracefully, loves to score over top of smaller defenders with his pull-up game, and still has a ton of untapped potential.

Andrew Saint-Louis and Kevin Splan are two more seniors who looked like steady contributors. Saint-Louis is an unassuming floor general who knows how to run the team but still showed some definite finishing craft. Splan is a heady and skilled guard who was pretty good with the ball and even had some deceptive speed. Gary Bennett and Ryan Darling rounded out the senior class with more experience and leadership.

Sean Lee and Vonni Bennett were the 2022 prospects of note. Lee is a physically strong playmaking guard who plays through contact, attacks both sides, and is consistently able to get into the lane to make plays and score. Bennett is another talented offensive player who showed versatile tools with a sound stroke from both the three and mid-range areas along with some shake off the dribble. Both appear to have the tools and talent to play at the next level. Damarian Colas and Brandon O’Connell are two more junior guards that showed promise.

While the upperclassmen may be what people notice first about this club, and rightfully so, there’s a foundation of young talent in place that should help make Notre Dame successful for years to come. Finn Miller and Santana Sinvilcin are two versatile forwards in the class of 2023 who should contribute right away and grow into more substantial roles. Miller was one of the best shooters on the team, with a sweat spot right around 18 feet, while Sinvilcin had a combination of touch and size to be a mismatch himself.

Sophomore guard Carmelo Ayala is another talented youngster. “Melo” was consistently able to stop on a dime and create space off the dribble and had one of the most naturally fluid shooting releases on the team. Freshman guard Nate Charlton looks like an ideal running mate but with long limbs, natural feel for the game, and very advanced floater package in and around the paint. Together, that perimeter tandem should be capable of doing damage together for years to come.

Collectively, this is a group that looks like one of the favorites in the SWC from day one and clearly a program ready to ascend once again in the CIAC.