BABC to be Featured on Nationally Televised Game 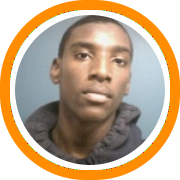 When BABC and Boo Williams squared off in the finals of the Nike Peach Jam last week, they probably didn’t realize how soon they would meet again.  But after falling 62-55 in a closely contested final, BABC will have an opportunity for retribution next Saturday in Orlando, Florida.  The rematch has been put together by the ESPN network and will air on ESPNU on Saturday, July 26th.

While the match-up will be taking place during the AAU Super Showcase and at Disney’s Wide World of Sports’ Milk House Arena, the game is not officially part of the Super Showcase Tournament.

Their run to the finals of the Peach Jam is just the latest accomplishment in what has been an extra special season for BABC, as they have won several local championships as well as taken the gold at the King James Classic in April.

While UConn commits Alex Oriakhi and Jamal Coombs have traditionally been known as the cornerstones of the team, their talented core also includes Phil Pressey, Gerard Coleman, Darryl Cato-Bishop, and Malik Smith.  Pressey and Coleman both earned national media attention this week for their performances at the Peach Jam.  Coleman is also said to have picked up a variety of high major scholarship offers including the likes of UConn and Louisville.