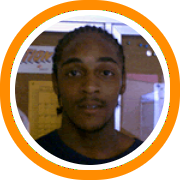 In the latest chapter of their storied 30 year history, BABC won the prestigious King James Classic this weekend.  Different players stepped up at various points throughout the weekend to lead the Boston based squad to this major championship.

The club’s general manager Chris Driscoll was quick to give credit to the players along with the team’s head coach/founder Leo Papile.

“Leo just always has a way of motivating the kids better than anyone else I’ve ever seen,” said Driscoll.  “They believe whole heartedly in his system.  It’s no coincidence that his teams are always among the nation’s elite.”

BABC’s road to the championship was full of tough challenges.  One of the highlights was their victory over Indiana Elite on Saturday.  Fresh off their win at the Pittsburgh Jam Fest, many people considered Elite to be one of, if not the, best AAU programs in the country.  But the BABC players were clearly motivated to prove their own worth as they earned an 11 point victory.

It took three more victories on Sunday before they were finally crowned champions.  It began with the CAP All-Stars in the quarterfinals and then the CP3 All-Stars in the semi’s.  The final match-up against the Rising Stars was a little anti-climatic as BABC dominated for a 63-43 outcome.

One of the things that makes this team so special is that they can beat you in so many different ways.  Although they only brought 8 players with them to Ohio, 6 of them had periods in the weekend when they were dominant.

Phil Pressey set the tone with his ball-handling and passing prowess throughout the weekend.  While he finished the final game with a modest 10 points and 5 assists, that doesn’t tell the whole story as his ability to control the tempo was pivotal to his team’s run to the final.

For Alex Oriakhi, his best basketball came late in the day on Sunday.  He made the most of his limited offensive opportunities by converting 6 of his 7 shots, while changing the game on the defensive end with his rebounding and shot blocking.  He finished the final game with a stat line of 13 points, 12 rebounds, and 6 blocked shots.

No player on the BABC roster has helped their recruiting stock more this month than Gerald Coleman.  He first shined at the Boo Williams Invitational two weeks ago and was his team’s most consistent scorer throughout this weekend’s tournament, especially on Sunday when he tallied 30, 34, and 16 points in the final three games.  He shot an amazing 70% from the floor throughout the weekend.

If the tournament awarded a most value player for the entire weekend it likely would have belonged to Jamal Coombs.  Coombs was the team’s leading scorer throughout the tournament and was at his best on Saturday, especially against Indiana Elite.  Even in Sunday’s final when his legs were a little weary and he scored only 9 points, he still found ways to be effective as his versatility was crucial to BABC’s ability to break the Rising Stars’ pressure and eventually pull away.

Darryl Cato-Bishop continued to provide his team with the toughness, grit, and determination that every championship team needs.  He also had several momentum changing plays throughout the course of the weekend.  The most dramatic may have come against Indiana Elite when, with his team down by five, he came up with a steal on the defensive end, went the full length of the court, and finished the lay-up while getting fouled.

Malik Smith may have been the best sixth man in the entire field.  He is a huge spark off the bench with his ability to provide instant offense and knock down open three point shots immediately.  In fact, he shot an astounding 20-31 from behind the three-point arc on the weekend.

Kevin Barr and Jarrell Byrd provided depth off the bench, although both players had their moments during the course of the weekend.

Ultimately, this weekend’s victory is the latest in a long line of championships for the BABC program.  While the players should always get credit for the victories, the way this program has sustained their level of excellence on the national stage for almost 30 years is something truly unique and special.