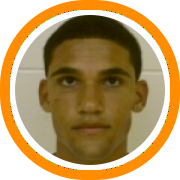 Vermont got their man…again.  For the second time this year Vermont has landed a commitment from one of the region’s top frontcourt players.  Luke Apfeld committed to the Catamounts today, joining Ben Crenca in what is already shaping up to be a tremendous recruiting class for head coach Mike Lonergan and his staff.

“The combination of the basketball and academics is great,” Apfeld said.  “Plus when I was up there this weekend hanging out with the guys it just felt like a place that I could see myself at for the next four years.  All the pieces just connected.”

Apfeld was one of the hottest players on the AAU circuit this spring and summer.  His explosive athleticism and rapidly improving skill set helped him to pick up scholarship offers from schools in conferences as high as the Atlantic 10.  Just when his recruitment was really starting to reach a new level, with schools like the Stanford and Davidson beginning to show interest, Apfeld tore his ACL on the last day of July’s first live period.

While the injury was enough to scare off schools like Stanford and Davidson, George Washington was the only program to take their scholarship offer off the table, which is a huge testament to what high esteem coaches held Apfeld in.

Now, what appears to be some program’s loss is certainly Vermont’s gain.  Apfeld’s rehab is progressing well (he ran for the first time today) and he is expected to return to the court in January.  He has also been hitting the weight room hard since the injury and has put on close to 20 pounds of muscle.

Apfeld also has plenty to offer off the floor.  At Brewster Academy he is the senior class president, a member of the national honor society, the head student tour guide for the admissions office, and one of the captains of the basketball team.

“Luke is a tremendous young man who will have a great career at Vermont,” said Brewster Academy head coach Jason Smith.  “He will be an outstanding addition to the UVM community.”

On the court, the combination of Apfeld and Crenca has the potential to be one of the America East’s best interior tandems.  Simply put, they are both players who turned down Atlantic 10 offers to attend Vermont.  If that weren’t enough, they already have a good chemistry working together, as they shined sharing the paint with the Expressions AAU club this summer.

“It’s always good when you have guys who like to play with their back to the basket and Ben does and is very good at it.  That lets me play my game facing the basket.” Apfeld said.  “We really started working well together this summer, he would cut off me or I would cut off him.”

In truth, the duo is ideally suited for each other and for Vermont’s style of play.  Crenca is the prototypical low post player who bangs under the glass, scores on the block, and rebounds the ball well.  Meanwhile, Apfeld is a high flying and active face-up four man who runs the floor, finishes exceptionally well, blocks shots, and makes the mid-range jumper.

It all spells big things for the Catamounts as this is already shaping up to be a tremendous recruiting class.