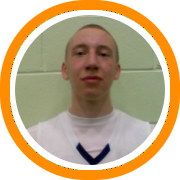 Hoop Mountain Academic All-American Camp came to close on Sunday with a final set of games, followed by an all-star game featuring the thirty top players at camp. The camp was a huge success, accomplishing its goal of connecting the best student-athletes in the country with the best schools in the country. 16 New England representatives were named to the all-star team, though some could not participate because their AAU teams were in Springfield. Here’s who impressed us in the game:

Joe Mussachia, Manchester Essex Regional HS- If there was an all-star game MVP, Mussachia would have taken it, hands down. His toughness and physicality was unmatched this weekend. He made coast to coast plays in the all-star game, snatching rebounds and leading the break himself. Though not a knock-down shooter, Mussachia is very capable from beyond the arc. Mussachia is the high-academic player who is right on the cusp of the scholarship level. This weekend certainly helped his stock.

Billy Murphy, Brunswick- If he was under the radar coming into this weekend, he shouldn’t be anymore. Murphy is 6’8, long, and active, and he possesses a solid skill set that will undoubtedly continue to evolve. A rising junior, Murphy can do everything a forward should be able to, including knock down shots consistently anywhere inside the three. He will be a legitimate Ivy League prospect come next summer.

Ryan Kilcullen, Phillips Exeter- Kilcullen did a little bit of everything in the minutes he played in the all-star game. He stepped outside and hit a three, finished a dunk in transition, grabbed a few offensive rebounds, and played solid post defense. Like Mussachia, Kilcullen is another high-academic guy who is sitting right on the fence of the scholarship level.

Jared Fay, Brimmer and May- Fay continued to look good in the all-star game, playing to his strengths. He hit a high-arching three off the catch and had a nice two-handed dunk in transition. Division 3 coaches of the highest level were enamored with Fay’s performance this weekend.