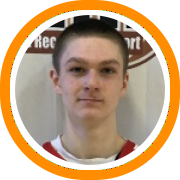 Players who perform well at the AAC have a track record of shining in other events in July.  Last year, several AAC alums earned Division 1 offers within a week of this event.  This year is proving to be no different, as 2018's Justin Connolly, Toni Rocak & Thomas Shaughnessy have all earned scholarship offers in recent days.  Shaughnessy is well-known within the northeast, and Ivy & Patriot league coaches have begun to take notice.  Rocak, hailing from Switzerland, was introduced to New England last summer, but has made great strides over the past 12 months and will attend Phillips Exeter for a post-graduate year.  As a mobile big man, Connolly does all the little things to help a team win.  Pace University has offered him in recent days.

Tyler Aronson proved that he is more than just a second fiddle to Shaughnessy on their Middlesex Magic 17U team.  Aronson's improvement has elevated his recruitment, as both scholarship level schools and schools of the highest academic caliber are in hot pursuit.

It is always exciting to see improvement in players that are well-established in New England circles.  This camp also affords these players to be exposed to coaches outside of New England.  Players like Kenny Aruwajoye, Rhett Carter, Sean Christy, Joe Fontella, Brandon Kolek, John Korte, Casey McLaren, Ben McPherron, Patrick Mogan, Cameron Shockley & Andrew Snoddy took advantage of the opportunity afforded to them and made a positive impression on many of the coaches present.

Players with scholarship offers already in hand, such as Bryce Daley & Tommy O'Neil, continued to elevate their respective games, as well.  Other players in the prep ranks who are looking to follow suit Gould Academy's Zach Mittelstadt has made rapid improvements in his body and his game.  St. Andrew's Sean Christy has had a great start to the summer with his steady shooting ability.  Headed to Cheshire Academy next year, Connecticut native TJ Roundree showed off his athleticism and playmaking ability, and Erion Jones' length & mobility will give offensive players fits for St. Paul's (NH) next season.  2019 point guard Myles Davis of Roxbury Latin turned in a strong camp, as well.

Along with already established New England players, the AAC offers an opportunity for those reclassifying or entering school in the region to be seen by high-academic schools.  Jordan Caruso, a Staten Island native, gives the Gould Academy backcourt a lot of athleticism and playmaking ability.  Charles Considine's improvement should bode very well for Bridgton Academy next season.  Dillon Grant adds to the incoming size that St. Andrew's will possess.  Lucas Grandison, Zach Stenglein & Marko Mitrovic will join Rocak at Exeter to form one of the most potent rosters in NEPSAC Class A.  Abood Abuissa will be a big piece of what Williston Northampton will plan to do this upcoming winter.  Andrew Richards will give new Kent School head coach Josh Cabrera a steady, pass-first point guard.  Adeleke Karera is a big man heading to Loomis Chaffee who has a lot of potential and had coaches following him this week, as well.

New England prospects that may be under the radar but all played really well include Dominic Black, Zachary Dagan, Jason Lim, Ryan Lim, Michael Manley, Josh Schibi & Justin Vine.  All proved they can play at a high level, and all were some of the more consistent players at camp throughout the week.

With almost half the states across the country represented, college coaches can see players that may not have laid eyes on yet.  Hailing from California, Luke Webb impressed a lot of coaches with his size and mobility.  Tommy Carver (NJ) is a feisty point guard who played as hard as anyone all camp.  Other who impressed coaches include Danny Gaines (NJ), Neil Iken (CA), Ben Kaslow (CA), Griffin McNally (NY), Ryan Moon (NC), Jack O'Neil (TX), Jack Reese (NY), Max Samberg (NY), Elliot Tirbaso (OH), Alex Washington (AL) & Parker Weiss (FL).