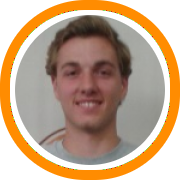 With just under 400 student-athletes in the building for Hoop Mountain's All-Academic Camp at Brandeis University, the week got off to a great start as a mix rising seniors blended with a talented group of underclassmen to form one of the strongest fields in recent memory.  And with some of the best academic colleges and universities in the country in attendance, the action will only pick up as the week progresses.

New England Recruiting Report will have recaps from each day, as well as constant Twitter updates by following @NERRHoops. Here is a recap of the action on the first day of camp:

Sean Smith (Sacred Heart)- The Yonkers, NY native is a rising junior who was clearly one of the more athletic players in the field.  Only standing at 6'3, he is always moving on the court and elevates to grab every rebound, offensive or defensive.  His energy was palpable on the court, and we look forward to seeing more of him as the week moves on.

Jakigh Dottin (Cambridge Ridge & Latin)- The rising junior guard built upon his strong spring and showed us he is more than just a fast-break point guard.  He was patient on offense, and picked his spots to get in the lane.  Never afraid to get his teammates involved, he also hit a couple outside shots in rhythm.

Justyn Rogers (Ethinical Cultural, NY)- Coming from NYC, Rogers plays at a fast pace and can really get out and run in transition.  The 6'3 smooth guard threw down a couple thunderous dunks in his last game.  Rogers always crashes the offensive boards hard.

Eric DAguanno (St. Andrew's)- The St. Andrew's School product showed he is more than just a shooter on Wednesday.  Fighting through an ankle injury, D'Aguanno was able to get several deflections on defense with his quick hands, and passed the ball extremely well.

Jordan Harris (Lawrenceville School, NJ)- Harris has a quick handle that he keeps low and changes speeds very well.  He pushes the ball in transition exceptionally, and continuously gets his teammates involved in the offense.

Milo Belleau (Waynflete HS, ME)- Belleau was very solid throughout the afternoon and evening here at Brandeis.  He knocked down several jumpers in his final game, and was able to get to the rim and consistently finish.

Ryan Morrissey (Plymouth South)- The rising senior has had a couple of great weeks, beginning here at Brandeis with the Elite 75 last month.  While he has proven to be a consistent shot maker, his ability to handle the ball and his change of speed was evident on Wednesday.

Zachary Knecht (Marjory Stoneman Douglas, FL)- A skilled 6'7 big man, Knecht can step out and shoot it from deep and runs the floor well in transition.

Joseph Downes (IMG Academy)- The former Sandwich HS star is known for his ability to knock down outside shots in bunches.  Today, he showed off his point guard skills as he is improving in being able to run a team and play on the ball.  Downes will complete a post-graduate year at IMG Academy in Florida this upcoming season.

Scott Graziano (Lawrence Academy)- Only a rising freshmen, Graziano is someone to keep an eye on in future years.  His shot is very good for such a young player against older competition, and he proved he has the potential to be a valuable player for Lawrence Academy moving forward.

Ian Caddow (Trinity Classical Academy, CA)- Caddow is a tough, physical guard who makes good decisions with the ball in transition.  He also displayed a nice step back jumper.

Sam Jefferson (Phillips Andover)- Jefferson, who is doing a post-graduate year at Phillips Andover, shot really well on Wednesday.  He has great touch, and his pull-up is improving, as well.

Jack Emerick (Northern Guilford HS, NC)- The wide-bodied 6'5 big man is very active inside; he gets his hands on a lot of offensive rebounds, and crashes hard.  He is also a very good rebounder, and showed he can slide to help in the paint.