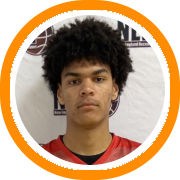 Updated rankings begin in the class of 2022 with New England's six individual states.

Massachusetts has, far and away, the deepest class in New England at the moment with 30 ranked prospects while Connecticut is next best with 15. Maine, Rhode Island, Vermont, and New Hampshire each have a top five for the time being.

As a reminder, rankings are not about the here and now, but about the future. We're not assessing who the best high school player is right now, we're assessing a futures market in which we're trying to project who is going to have the best career. Early on, that's a process by which we're attempting to identify markers for future success - physical talent, sport specific tools, habits and mindset that make the realization of natural talent more probable.

These lists will undoubtedly grow and evolve in the coming years as new players continue to emerge and others plateau.

With all of that in mind, here's a rundown of where we stand in the sophomore class of all six New England states:

It should come as no surprise that Dasonte Bowen holds tight to the top spot in the Massachusetts class of 2022 but Wilbraham & Monson's Kyle Filipowski and St. John's TJ Power have also separated themselves from the pack. NMH's Avery Brown is in the midst of a break-out year while Worcester Academy's Abdullah Mahamed has a significant upside. Andover's Bube Momah, Governors' Will Batchelder, Pingree's Cleto Chol, Tech Boston's Tre Norman, and Malden Catholic's Tony Felder round out the top ten. Brooks' Darrel Yepdo, NMH's Luke Hunger, Rowan Brumbaugh, and Kyle Squires, Wilbraham's Matt Filipowski and Deven Austin, Paulo Freiri's Chandler Wilson, Sci-Tech's Joey Thomas, Governor's Kalu Anya, and Brimmer's Jarrel Okorougo make up the top 20 for a loaded class.

Lee Academy's Isaiah Earl is already capable of making a big impact and yet still just scratching the surface of his potential. He's the top ranked prospect in the state's while four local products are next in Hampden's TJ Henaghen, Camden Hills' Ryan Clifford, Falmouth's Brady Coyne, and Kennebunk's Ian Murray.

New Hampton's Alex Karaban has had an absolutely sensation start to his sophomore campaign in the NEPSAC and put up huge numbers in the process. Teammate Kyle Hicks is highly talented with a high-upside. Phillips Exeter wing Josh Morissette is skilled, mature, and ultra-reliable. Tilton's Torran Bosworth is a smooth scoring guard while Bow's Matt Lamy is the best sophomore prospect in the public school ranks.

Vermont Academy has three young prospects who dominate the current sophomore rankings in the state. Chisom Okpara and Keyonte Beals are head-and-shoulders apart from the field right now while sharp-shooting Ty Higgins also makes the list. Milton's Colin Mathis and Rice's Heath Walker are the best we've seen thus far in the VPA.