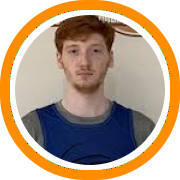 The Scholar Roundball Classic tipped off on Friday at Babson College with four games in front of 30+ college coaches.

Harvard head coach Tommy Amaker was front and center along with coaches from Yale, Brown, Penn, and Cornell. Other division I staffs in attendance included the likes of Providence, Xavier, George Washington, Fairfield, UMass Lowell, and VMI along with numerous local NE-10, NESCAC, and other D2 and D3 schools.

The coaches were entertained by four well-played games on Friday night with the action set to continue throughout the weekend with a noon tip on Saturday and 10am jump on Sunday.

It took a while for both teams to get going in the first-half, but down the stretch this turned into a back-and-forth battle between two of the more dangerous teams in Class B. After both teams scored go-ahead buckets in the final minute of regulation, the contest came down to one final defensive possession with Pomfret getting the stop and preventing a potential game-winning drive from Holderness. Sacred Heart signee Bryce Johnson led the victors with 11 while unsigned 2020's Marcus von Recklinghausen and Bryce Howard combined for 15. Yansel Reyes was the primary playmaker for Holderness, finishing with a game high 20 points, and showing his creativity with the ball in his hands. True junior Alexi Tawhili added 10 while St. Lawrence bound senior Carter Storey looked like a late-bloomer with a bright future at the next level.

The Big Green opened the game on a 18-4 run but Cheshire showed their resiliency by fighting back, taking the momentum of the game in the second half, and ultimately making it a one point game with under a minute to play. That was the point where Winchendon forward Sam Towns hit the biggest shot of the day, drilling a three from the top of the key to push the lead back to four and securing the win for Winchendon. Towns and Jay Rodgers were dominant throughout the game, combining to score 56 of their teams 70 points. Towns showed the full scope of his skill set while Rodgers demonstrated his ability to get buckets at all three levels. Canisius commit Asa Beyah kept Cheshire close early with 12 first-half points but Giovanni Rubino helped himself more than anyone, going for 17 points and 5 assists while showing his natural feel for the game in front of a packed gym of division II coaches who should have all been impressed. Post-grad big man Kenny Wilburn finished with 8 and 6 while the junior tandem of Aidan Godrey and Ethan Okwuosa finished with 10 and 7 while both showing flashes of their clear division I potential.

Jalin Sinclair is going to be great for Lehigh. He is a scoring threat in a variety of different ways, sets up his teammates, and defends. He went for an efficient 15 points while Mac Etienne finished with 13 point and 8 rebounds while demonstrating his massive long-term potential thanks to his great size and build, infectious personality and energy, and natural unselfishness. Casey Simmons led the way for Milton, showing increased explosiveness off the bounce and more confidence to mak plays for himself and others. Junior forward Garvin McLaughlin, a versatile jack-of-all-trades with a high motor, finished with 14 while Michael OKeefe looked like a sure-fire future college prospect as well.

WMA took an early first-half lead as unsigned senior John Adams was dominant with 14 early points including a number of big dunks. Rivers responded in the second though as the one-two punch of Jay Dieterle and Camaron Tongue went to work. Dieterle scored 27 of his 31 points in the second-half with his full future coaching staff at Tufts on hand to watch while Tongue showed his trademark efficiency and budding versatility. Nick Johnson was tough on both ends of the floor and chipped in with 8 points for the victors. Keller Boothby added 17 for WMA while sophomore forward Kyle Filipowski had 13, all in the second-half, while showing his massive potential.