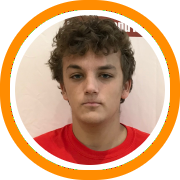 With the high school season now behind us, this is the second installment in a six-part series that looks back on the season that was in New England’s six respective state associations.

Yesterday, we profiled the CIAC, recognizing their five state champions as well as the individual players who were selected for the all-state team.

Today, we turn our attention to the Rhode Island Interscholastic League where North Kingstown captured the first state championship in school history with a 77-57 finals win over Woonsocket.

Two weeks earlier, North Kingston won the RIIL Division I championship by knocking off Bishop Hendricken 64-60 in the finals behind a team high 20 points for Ben Masse.

East Greenwich won the division II championship when Pat Shea made a 35-foot buzzer beater to give EG, who was the 10 seed, a 57-54 win over Narragansett. Shea and Jack McMullen both finished that game with 14 points each.

Mt. Hope pulled an upset in the division III final over Toll Gate behind 26 points from Jalen Kopecky.

Shea junior guard Erickson Bans finished the season as the leading scorer in the state with an average of over 29 points per game but raised that average to 35.5 over his last four games according to the Providence Journal.

Following the conclusion of the post-season, the Rhode Island Basketball Coaches Association held their annual all-star games. Players selected are listed below: