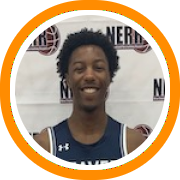 Just to make it past pool play in such a large tournament is a feat.  Once a team wins their pool, their eyes shift to the final prize of being named a ZG Finals champion.

The playoffs began on Sunday afternoon and did not disappoint for excitement, as we had buzzer beaters and individuals step up in a big way.

The Varsity division featured DC Blue Devils, Mass Rivals Pastore, Mass Rivals Silver, Metro Boston, Middlesex Magic, PTT, and Team New England (TNE).  Led by an explosive effort by Kadary Richmond, TNE outlasted Middlesex Magic in their quarterfinal game in what would be one of the games of the day.  Rivals were able to pull away in their quarterfinal matchup behind a terrific output from Tyler Whitney-Sidney for the second straight day.

Locked in another tight game, TNE took on DC Blue Devils in their semifinal game.  TNE pulled ahead early, but Gob Gabriel kept the Blue Devils in it with his improved outside shooting.  The second half went back and forth with players stepping up on both sides.  Kevin Constant, one of the breakout stars of the spring in New England, netted eight straight Blue Devil points through two 3-pointers and a tough finish through contact.  Guard Elliot Nelson & wing Matt Corey each hit multiple triples in the second half, as well, but Moses Flowers was too much for his opponent to overcome.  Playing with a lot of confidence, he was automatic from outside in the second half and sealed the game with a baseline lob for a dunk.

TNE would go on to face Mass Rivals Pastore in the finals, and they would continue the trend of fantastic finishes going.  Strong guard play keyed the early part of the game for both teams, as Daniel Buie, DeMarr Langford & Marty Silvera all had their early moments for Rivals.  Buie is a dynamic scorer.  Langford is a jack-of-all-trades guard who is not afraid to do the little things to win, and Silvera is a lead guard who was assertive in looking for his own offense today.  Flowers & Richmond continued their strong play for TNE, but it was a post, Isaiah Richards, who finished at the rim for six straight TNE points to close the half.  A Tanahj Pettway flush with under five seconds left cut the deficit to one point (spoiler alert-- it wouldn't be the last big shot Pettway hit. . .), and TNE went into halftime with a 28-27 lead.

The second half was a defensive struggle, as big men Akok Akok & Wildens Leveque blocked everything TNE threw at them.  Akok also showed why he is one of the more promising big men in the national class of 2019 with his ability to drill 3-pointers off pick & pops on a consistent basis.  Tyler Burton may have been Rivals' unsung hero, as he collected every tough rebound & loose ball available to him.  He plays so hard, and makes winning plays that won't show up in the stat-sheet.  Dallion Johnson for Rivals and Femi Odulake for TNE also got into the action with both key baskets & hustle plays.  Langford hit a go-ahead 3-pointer from the left corner with 33 second to play to put Rivals up 57-55.  Richmond got in the lane, layed the ball in, and got fouled in the process.  After hitting the free throw, Pettway dribbled down the court, drove to his right, and tossed in an off-balance layup with under two seconds to play to give Rivals the title.

In a matchup of two New Jersey squads, Team Blaze defeated NJ Premier Basketball in a similar fashion for the Division II title.  Team Blaze's Tray Davis converted a layup inside with under five seconds to play to capture the title for his team.  He was their defensive stopper all weekend, and the unquestioned leader of the team.  Armani Brandon and Josiah Basket both stood out for NJ Premier with their scoring ability.

The Silves Lake Lakers took the Division III championship in an emotional game that brought out the best in both sides.  The Lakers kept their composure down the stretch to ensure their victory in the ZG Finals.

The game of the day in the 10th grade bracket took place between Rivals & Middlesex Magic in the semis.  Rivals' guard Kyle Rocker was unconscious with his jumper (both on 3's and midrange) early, and helped Rivals to a 37-30 lead at the half, Middlesex got hot from beyond the arc to tie the game midway through the second half.  Middlesex guard Will Dorion hit a long jumper to tie the game as time expired in regulation to send the game into overtime, but Earl Tucker & Malachi Delgado proved to be too much for Rivals as they earned the pass to the title game to face BABC, who relied on a team effort to reach the finals.

Both RI Magic White and Love Of The Game had to face challenges in the semis to advance to the Division II championship game.  Jean Bernard posted a double-double for NJ Connection, but Will Rywolt's RI Magic slid past them.  Amari Simpkins, a 6'3 combo guard, excelled in the open court for Love Of The Game as they escaped with a 1-point triumph against Mig's Team.  In the Division II final, Chas Morgan poured in 35 points for RI Magic, while Rywolt chipped in 24 to preserve the win in a close game throughout.

One of the more intriguing brackets in the tournament, the eight finalists featured ASA Select, BABC, Boston Bobcats, CBC, Middlesex Magic, PTT & Team New England (TNE).  The game of the quarterfinals once again featured Middlesex Magic, this time faced off against TNE.  A tight game throughout that featured some very promising prospects for both teams, it was Aiden Rogers (TNE) that impressed with his variety of offensive moves, including a quick pull-up jumper in which he gets great elevation almost as soon as he sticks his feet in the ground.  However, Middlesex would prevail behind a big layup from Will Batchelder and a left corner triple from Timmy Ready for the game winner.

Boston Bobcats took their turn for a photo-finish in the semis.  Playing a talented CBC squad, Bobcats lead by 7 at the half.  Behind the activity & ability to finish around the rim by CBC wing Matt Knowling, CBC rallied, but Shy Odom & Jacob Harris always had an answer in the form of dribble penetration & the ability to finish at the rim.  As time wound down, Odom kicked to Ben Kaczmarek for a 3-pointer from the right wing that swished through the net as the horn sounded, propelling the Bobcats into the finals.

Bobcats got off to a hot start against BABC and were able to withstand a late rally to take the 9th grade title.  Odom was physical on his drives, and was able to create enough separation for him to get to the basket.  Chris Rey was key from deep, as he continued his hot shooting from Saturday.  Josh Morissette of BABC is as solid & consistent a guard that you'll find at the 9th grade level.  Dasante Bowen showed flashes of what he can become while running a team, and Ademide Badmus gobbled up rebounds whenever he had the opportunity.