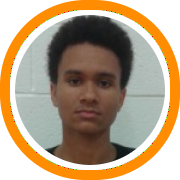 After rolling out updated rankings in each of the six states over the course of the last few days, today we’ve announced the cumulative 2015 New England rankings.

While you can click the link above the scroll through the rankings in their entirety, here are some of the major themes:

There is only one player in the class who has consistently dominated every setting he’s been in, from the NEPSAC to the highest levels of grassroots competition. Having said that, he still has significant upside before him as he proved this spring and summer by continuing to evolve as a playmaker, and when you have both potential and production it should come as no surprise that Jalen Adams remains the top ranked player in New England.

While Adams’ superiority is still intact, he is seeing more competition that ever before.  Donovan Mitchell was absolutely tremendous this summer and shows no signs of slowing down heading into his season at Brewster, in which he and Adams won’t be competitors, they’ll be backcourt mates.  Mitchell may be the most assertive scorer in the region this year combining his power, explosiveness, and much improved shot-making ability.

Right now this is a two-horse race, but Tyler Lydon is another player who could assert himself in the discussion before the season comes to an end.  He was tremendous down the stretch of last season for New Hampton, showed flashes of what he’s capable of with Team USA this summer, and seems to be embracing a leadership role from day one of his senior year.

There’s no questioning the sheer production of Adams or Mitchell, but after that there aren’t many guys who are both consistently productive at the highest level and yet still with plenty of untapped upside.  The reality with rankings is that they’re judged by history, not last year’s box scores, and so it’s a matter of figuring out where each prospect is going not where they’ve been or even where they are today.

When it comes to sheer production, Aaron Falzon had a very impressive spring and summer, establishing himself as one of the premier shooting forwards in the country and making it very clear that he’ll have a niche at the next level.  Jarred Reuter was similarly productive in July, outplayed a variety of guys with bigger national reputations and pushing his recruitment to the highest levels in the process.  Terance Mann continued to show he’s as versatile of a perimeter player as you’ll find with great size in the backcourt and developing guard skills and instincts.

Josh Sharma and Steve Enoch are prospects with high level talent and upside, whose best basketball is still in front of them.  At nearly seven-feet tall Sharma can run, jump, and make high level plays around both rims like few other big men in the country but has yet to prove he can single handedly dominate a game.  Enoch is a classic late bloomer who combines a strong body with the skill set to drill open threes and hooks over both shoulders alike but he’s still largely unproven against high level competition.  Jeremy Miller and Chris Baldwin are two other big men with tremendous tools and undeniable talent  while teammate A.J. Turner arrived with a big reputation last year and seemed on the verge of putting it all together last summer before being hobbled by injury.

There are ten to twelve players in New England’s 2015 class that are currently generating some type of interest or recruitment from the high-major level.  Ironically, those are the spots that are often more debated yet easier to see.  Much more difficult is finding the hidden value that lies beneath.

There probably wasn’t a player among the group that had a better summer than Jackson Donahue.  His backcourt mate at NMH, Daquon Ervin, is almost a little bit of a forgotten man right now after missing the summer with injury, despite the fact that he was first team All-AAA last season.  The same can be said for the likes of Nick Pasquale, who has reportedly kept growing while stuck on the sidelines.

Tabor big man Jesse Bunting is the most recruited of the bunch, having established himself as an Atlantic 10 level guy, while Tilton post-graduate Anthony Green could be the only other prospect with a chance to see his recruitment grow into that highest tier.

There is no one who can challenge the productivity of Tyree Robinson over the years while Nicholas Mayo could be another late bloomer who appears poised to continue taking his game to his new levels in the coming years.

Sorting through this group is again a matter of weighing production vs. potential as we try to assess who will be the best of the bunch not this season, but at the next level.