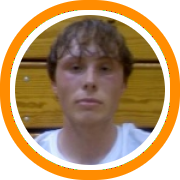 After leading his BABC team to a terrific start to the AAU season, Phil Pressey has reclaimed the title of New Engalnd's #1 ranked player in the class of 2010.  Nate Lubick and Jason Morris also climb up a spot, while Dion Waiters falls to 4 and Nadir Tharpe rounds out the top 5.

Morris and Waiters lead the way in Connecticut.  Josh Turner and Luke Matarazzo come in at 3 and 4 after playing very well this spring with CT Select and CBC respectively.  Theodore Boyoma from the Kent School holds on to the fifth spot.

In Massachusetts, Pressey, Lubick, and Tharpe are the top 3, while Ozan Dilik is close behind at 4 and Matt Brown comes in at 5.  But Denzel Brito is having a great spring and will likely crack that group when Tharpe reclassifies at Brewster Academy in New Hampshire next year.

There is a new number one in Rhode Island as Michael LaPlante's strong play with Expressions 16 and under team earned him the spot.  Nick Manning has a lock on the #2 spot, while Malcom Moniz, Robert Alers, and Kevin Walker come in at 3, 4, and 5 respectively.

Keegan Hyland is the first choice in Maine, although we have been very impressed with #2 Koang Thok as well.  Indiana Faithful, Dominic Borrelli, and Jacob Moore are also impressive prospects.

The state of Vermont has a strong first three led by Joe O'Shea.  Kyle Callanan and Connor Merrill are neck and neck at two and three while Adam Boyle and Richie Hacket round out the first five.